Electronics retailer Best Buy is still in business, standing up to Amazon, and thriving.

That’s certainly a big turnaround from almost a decade ago when Best Buy was under pressure from online giant Amazon, fighting for its survival.

Wall Street took notice, helping the company’s shares rise almost 6-fold from the 2012 lows, and trade near its ten-year high.

Best Buy’s big turnaround isn’t spontaneous good fortune.  It is the result of a smart strategy — Renew Blue – launched five years ago, which helped the company capitalize on its two competitive advantages, scale and location, to fend off competition from Amazon. 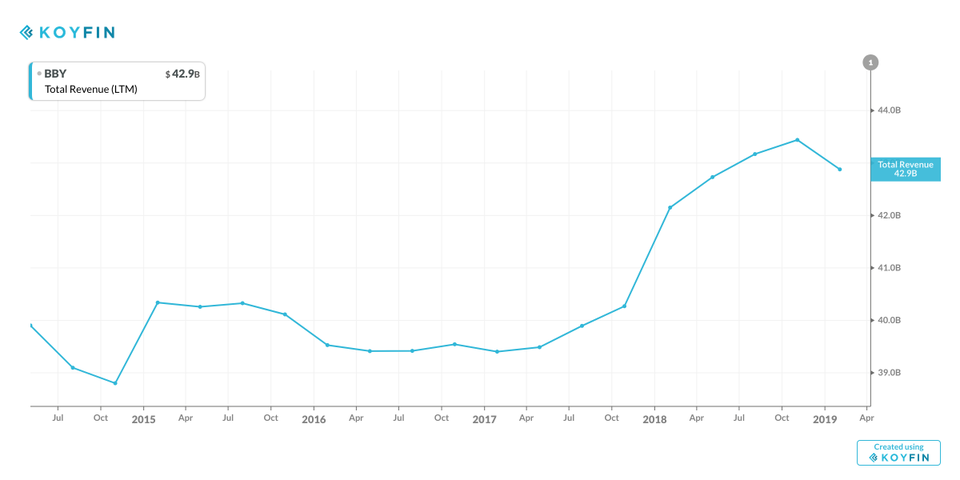 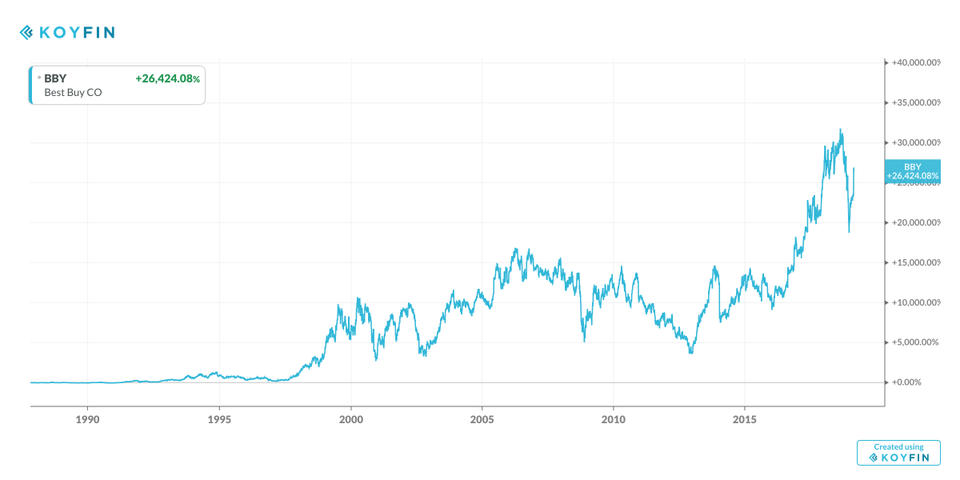 “The company has made significant strides in improving the customer store experience, being more price competitive, and having a really good online capability,” says  Jeffrey Eglow, Chief Investment Officer for Guardian Wealth Advisory. “The retail industry is not dead so long as you stay one step ahead of Amazon and make sure you are relevant. “

Here’s how it happened.

After Amazon’s arrival, however, the game changed. Best Buy’s most important assets—location and scale—turned into liabilities. In what has come to be known as “show-rooming,” customers did their window-shopping at Best Buy, and their actual shopping at Amazon.com — which offered better price deals than Best Buy.

Best Buy’s revenues, profits, and stock headed south. And business strategists and stock analysts—some here at Forbes—predicted the slow death of the company.

Renew Blue changed the game. It helped Best Buy capitalize again on the benefits of scale and location — in several ways. One of them was the introduction of matching prices policy. This was helped by a push in certain  states to have on-line retailers collect taxes, narrowing the gap between on-line and in-store sales.

Then too, there was the use of stores as both warehouses and pick-up places to speed up delivery for on-line shoppers.

And there was expansion of product offerings in each store location to catch up with emerging trends in consumer electronics — like home theaters and computing, health technology solutions, and assured living.

Wait, there’s more. The concept of stores-within-stores, with Korean electronics giant Samsung and Microsoft opening up in Best Buy stores—in essence shifted the cost of show-rooming to these manufacturers.

The rest is history. Samsung and Microsoft were followed by Google, turning the partnership Best-Buy and electronics vendors into a form of “collective entrepreneurship.”

That’s a business model which allows the two sides to share the risks and rewards of getting closer to the customer.

Meanwhile, the company continues to reap the synergies associated with increased customer traffic — and the efficient and effective deployment of its Geek Squad to customers who buy flat panel TVs and other accessories that need installation services.

Still, Best Buy is in a cyclical and highly competitive industry in which the growing use of mobile Internet is eliminating boundaries between e-commerce and traditional commerce, depressing prices and margins across industries and sectors.

That’s why investors should be very cautious before buying Best Buy’s stock, especially after the recent big run up.