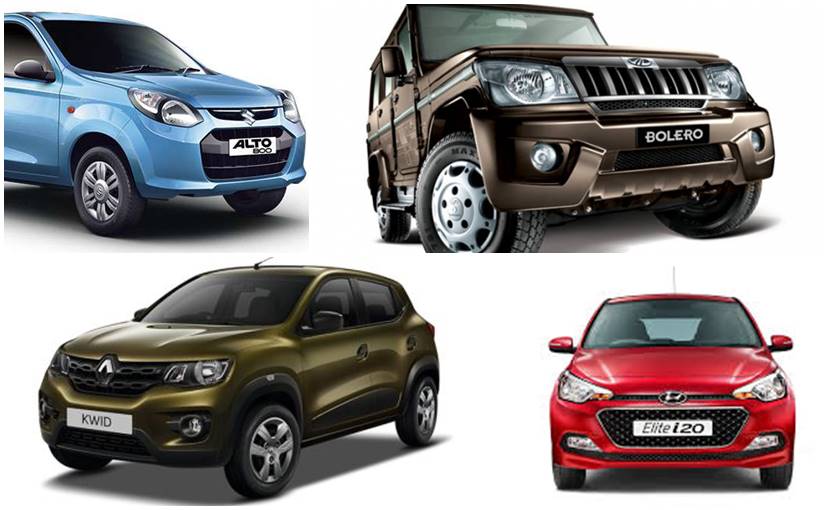 New Delhi: Domestic car sales in 2016 began on a subdued note, with market leader Maruti Suzuki posting a marginal increase in January and the likes of Hyundai, Ford and Mahindra & Mahindra reporting a single-digit growth.

The home-grown auto major Tata Motors and Honda Cars India saw their domestic sales dip in January even as the industry tries to build momentum for the year, with the Auto Expo just round the corner.
Maruti Suzuki India said its domestic sales increased marginally by 0.8 per cent to 1,06,383 units as against 1,05,559 in January 2015.

“Domestic sales would have been higher, but lesser number of working days in January 2016 impacted overall production and dispatch,” the company said in a statement.

Maruti saw sales in mini car segment comprising Alto and WagonR decline by 4.3 per cent to 34,206 units during the month as against 35,750 in the same month last year.

HMIL Senior Vice-President (Sales and Marketing) Rakesh Srivastava said the growth momentum of last year continued during the month built by strong performance of products like Grand, Creta and i20 Elite/Active.

“We look forward to presenting the Hyundai Experience at the Auto Expo through our products and technology towards meeting the growing aspirations of customers,” Srivastava said.
The Auto Expo will be held on February 5-9 at Greater Noida.

Deloitte India Senior Director Savan Godiawala said: “With enhanced promotion and offers during December 2015 by most of the auto companies, there is a possibility of stagnant or sliding sales in the initial months of 2016.”

German auto major Volkswagen reported 7.6 per cent increase in sales in India at 4,018 units in January compared with 3,734 units sold in the corresponding month last year.

On the sales performance, Volkswagen Group Sales India, Director (Volkswagen Passenger Cars) Michael Mayer said, “We attribute this success to a consistent overall performance of our highly popular carlines, the Polo, Vento and Jetta, supported by an encouraging response to the recently launched 21st century Beetle.”

Renault India reported an over two-fold jump in sales at 8,031 units in January as against 3,203 sold in the same month last year.

Tata Motors, however, had a bad month, with its passenger vehicles in the domestic market declining 18 per cent at 10,728 units as against 13,047 in year-ago period.

Likewise, Honda Cars India reported a 6.52 per cent decline in its domestic sales at 17,135 units in January. It had sold 18,331 units in the same month last year.

Toyota Kirloskar Motor sold 8,793 units in the domestic market during the month as against 12,650 in January last year, down 30.49 per cent.

“Our monthly sales have been affected and part of it is a repercussion of the recent ban on registration of diesel vehicles with engine capacity of more than 2000 cc in Delhi and NCR,” Toyota Kirloskar Motor Director and Senior Vice-President, Sales & Marketing N Raja said.
The NCR region contributes to the extent of around 1,000 vehicles which comprise the Innova and the Fortuner, he added.

In the two-wheeler segment, market leader Hero MotoCorp reported a marginal increase in sales at 5,63,348 units in January as against 5,58,982 in the same month last year.

India Yamaha Motor also reported 49.42 per cent increase in domestic sales at 58,743 units in January compared with 39,313 in the year-ago month.