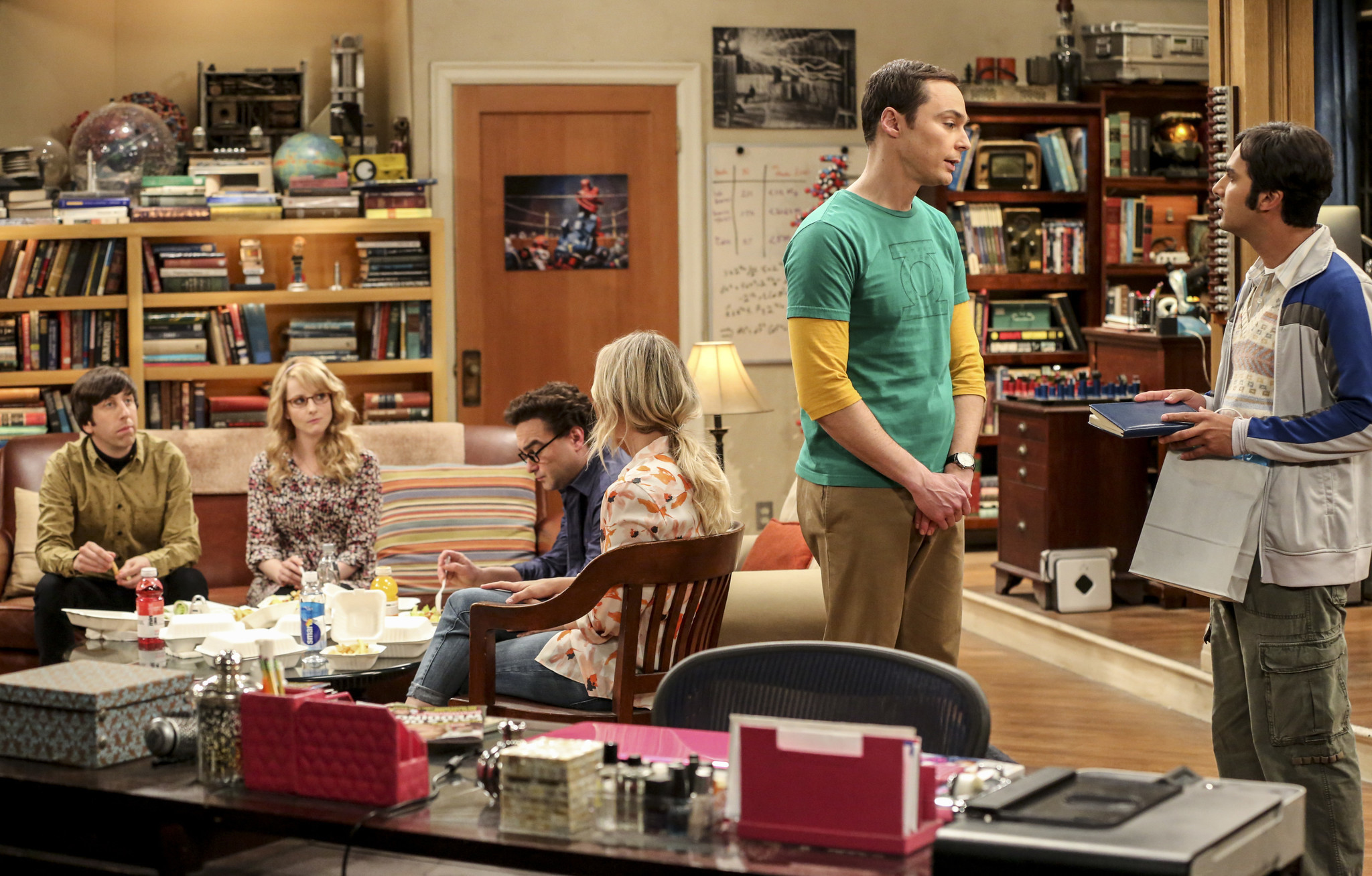 “The Big Bang Theory” on CBS remains one of the most popular TV shows. (Michael Yarish / Warner Bros. Entertainment Inc.)

Aslowdown in advertising spending and a rise in cord-cutting by pay-TV customers are giving Wall Street fresh jitters about the health of the television industry.

During the first quarter of the year, an estimated 762,000 pay-TV customers unplugged their satellite or cable TV subscriptions — a dramatic acceleration of the cord-cutting trend.

“Given some uncertainty in the economy, we think that advertisers are holding back a little bit,” John Martin, chief executive of Time Warner Inc.’s Turner networks, including TBS, TNT and CNN, told analysts Wednesday during an earnings call. “They’re taking a little bit more of a wait-and-see approach.”

TV ratings have been strained as younger consumers spend less time watching traditional channels in favor of Netflix and other streaming options. That has dampened the enthusiasm of advertisers who now have more options for where to spend their dollars.

Those pressures, along with signs of a possible economic slowdown, have caused a decline in advertising revenue that buttress the economics of the television business. AMC Networks saw advertising revenue fall 6% in the first quarter compared with a year earlier. Viacom reported U.S. ad sales declined 4% during the same period. Ad revenue declined about 3% at NBCUniversal’s cable channels and 2% at Time Warner’s Turner networks.

“There are real factors underlying a slowdown in the media economy,” said Brian Wieser, advertising analyst with Pivotal Research Group. “There are technology issues, with changing consumer preferences [and] macro economic uncertainty.”

The weak advertising market comes at an inopportune time for the television industry. In less than two weeks, the major broadcasters will unveil their new fall prime-time schedules to advertisers in New York as part of an annual ritual to encourage them to fork over big bucks for commercial time. Networks sell the bulk of their advertising time during the springtime advertising market known as the upfront.

Viacom’s shares tumbled nearly 15% in just two days and executives tried to assure investors that its ratings-challenged cable channels were still in demand. Viacom closed down $2.80, or 7.1%, at $36.46 on Thursday.

“Pay TV has gotten very expensive,” Viacom Chief Executive Bob Bakish acknowledged Thursday in a conference call with analysts. “You are talking $100-plus [monthly revenue to pay-TV companies] in a world where people have to pay for cellphones and the like. There’s a lot of stress on that machine.”

The slowdown is troublesome because many economists consider advertising spending a bellwether for the health of the overall U.S. economy. Companies spend more on marketing when they feel confident about the future.

Media executives said automobile and pharmaceutical companies in particular have been trimming spending. In an ominous sign, consumer products giant Procter & Gamble announced last week that it would shave $2 billion from its marketing budgets over five years.

Telecommunications analyst Craig Moffett said the drop of about 762,000 video customers for the quarter was five times worse than the 141,000 shed in the first quarter of 2016.

“The first quarter is usually a seasonally strong one for pay-TV. It wasn’t this year,” Moffett said. “It was the worst-ever first-quarter subscriber loss.”

The sell-off was an echo to the media meltdown in the summer of 2015 when Disney executives disclosed that the company’s ESPN networks were losing more subscribers than anticipated because millions of consumers had opted for “skinny” pay-TV bundles with fewer channels.

Despite the market’s reaction, TV executives this week were optimistic that advertisers would continue to line up to buy television time in the upfront market, which will kick off in two weeks.

“The upfront, to me, is going to be very strong. There is a lot of demand for our product,” CBS Chief Executive Leslie Moonves told analysts on an earnings call Thursday.

Late Thursday, CBS reported a 30% decline in advertising spending to $1.6 billion, but the company said tough comparisons were responsible for the drop. In 2016, CBS broadcast the Super Bowl and an additional NFL playoff game — which brought in more than $350 million in ad revenue. Removing the Super Bowl and NFL playoff game revenue from the equation, CBS said its ad revenue would have fallen by only about 1% in the quarter.