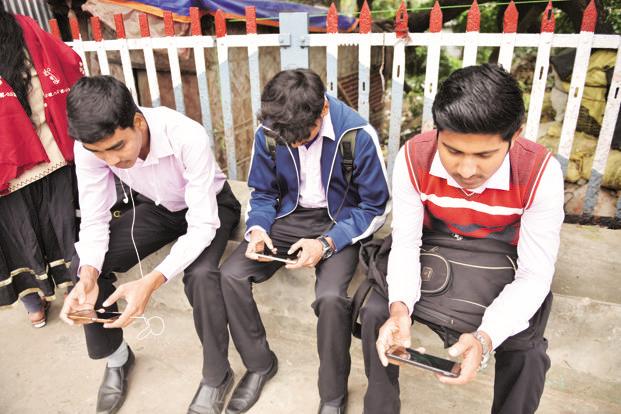 In December, two significant reports projecting growth rates in advertising for the year 2018 were released. Publicis Groupe-run media agency Zenith predicted advertising expenditure (adex) in India to grow at a conservative 8.4% in 2018 compared to a more optimistic projection by IPG Mediabrands-owned agency Magna which forecast an adex growth rate of 12.1%.

Zenith said that advertising in 2018 will touch Rs58,422 crore with television advertising growing at 9%, radio at 10%, and print, cinema and outdoor at 5% each. It projected a growth rate of 20.4% in 2018 for internet advertising. While television is still the biggest medium in terms of ad spend, digital is expected to overtake print and pose a serious challenge to television by 2020, it added.

Data from the Magna report showed digital to be the fastest growing medium at 25.2%, followed by television at 12.2% and radio at 10%. Print, it said, will grow at a modest 6% in 2018. In terms of market share, television will continue to dominate with 41% share, followed by digital and print at 25% each. Mobile will displace desktop to become the third largest advertising category by 2020, the report added.

C.V.L. Srinivas, country manager WPP India and CEO, GroupM South Asia, says that India remains the fastest growing among the major ad markets even though growth rates have slipped to around 10% from the previous two years’ 12.5% and 14%, respectively.

“The slowdown started in mid-2016 when several sectors faced headwinds—notably FMCG (fast-moving consumer goods) and e-commerce. FMCG contributes close to 30% of the adex and e-commerce, a relatively new sector, has already notched up close to 8% share of the adex,” he says.

Srinivas also says that print will close 2017 at a growth rate of 4-5% while digital continues to lead the pack at 30% growth year-on-year. “TV and digital together contribute close to 60% of the adex. We expect this to jump to 70-75% very soon. Print is fighting hard to stay relevant, though in India it still has a healthy share of adex (between 25-30%),” he adds.

Clearly, the impact of demonetisation of high-value currency notes and implementation of goods and services tax (GST) was felt in 2017, leading to sluggish growth in advertising.

But Neel Kamal Sharma, Madison Media’s chief operating officer (buying), says that the economy will do well in 2018 as there’s been a course correction in GST. Sops are expected in the Union budget and advertising is set to grow this year, he adds.

In 2018, all eyes are trained on the Indian Premier League, the popular Twenty20 cricket tournament. “IPL 2018, the biggest content property on TV and OTT (over-the-top video streaming) will target to reach an additional 20-25% people as compared to last year through six live language feeds on TV along with live streaming on Hotstar. It will remain the most-awaited media property for advertisers,” says Sharma. Agrees Srinivas: “In terms of media properties, IPL is expected to be much bigger and more impactful than ever before with Star network throwing its full might behind it. For the first time, a single entity owns both digital and TV rights for the most-watched media property. IPL has the power to completely disrupt viewing behaviour during the season.”

However, Vineet Sodhani, CEO of media audit firm Spatial Access, believes that in 2018, sports will be a medium in itself. “Like you had a strategy for TV and print, and in the last few years for digital, you will now have a strategy for sports. How much to invest, how to invest and how to get the best mileage out of it,” he says.

Expect further disruption in media in 2018 on account of digital. Sharma believes that more brands will choose to go “digital only”, owing to smaller budgets and more accountability. “Digital will continue to grow in excess of 25% year-on-year and gain from both print and niche TV channels,” says Srinivas. He feels that over-the-top video streaming platforms and e-commerce platforms will fuel growth. “Cheaper data costs and smartphones will dramatically increase digital video consumption. Almost all of digital will be mobile so content and advertising will have to be planned keeping this in mind.”

Going forward, 2018 may see consolidation in media as the broadcast landscape is too cluttered. Some of the smaller players may exit or get acquired. Srinivas says that the biggest challenge for the media sector is value creation in a very commoditized market. “Getting consumers to pay the right price for content has always been a challenge. This has led to an over-reliance on advertising revenue growth rates which have slowed down in recent times,” he says.