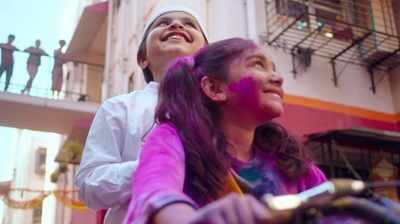 How far one can go with creative advertising when getting ‘hurt’ becomes a new normal? The recent ad campaign by Surf Excel on Holi celebrations saw a huge backlash after Twitteritis went all out criticising the ‘misleading’ ad causing ‘hurt’. The ad later disappeared silently.

Creating successful advertising campaigns under the regulatory framework was already difficult with brand ambassadors even facing prosecution if their claims were unfounded.

Under the new proposed FSSAI framework, food brands are prohibited to advertise or make claim undermining the products of other manufacturers so as to promote their own products or influence consumer behaviour.

The final version of the new regulations also includes the original draft’s restriction on frivolous words and phrases such as ‘natural’, ‘fresh’, traditional, authentic, real or so unless under special conditions.

According to Agnello Dias, co-founder, chairman and chief creative officer, Taproot India, misleading is a subjective term under the current advertising guidelines. “For example, celebrity ambassadors for NGOs pushing vegetarianism falls in a very grey area and could lead to manipulation, vindictiveness and corruption,” Dias said.

Meanwhile, Saurabh Uboweja, chief executive officer, Brands of Desire opined that it is blatant and unfair to leverage comparative advertising to claim one’s product is better, especially because it’s usually coloured to bias the consumers against a competing brand. “Big brands have had a free run for way too long. This one-way communication is usually misleading for consumers who are gullible and are likely to trust the advertising brand to be saying the truth at all times, which is rarely the complete story and only their story,” he said.

Notable marketing warfare instances include the cola wars of the 1990s (Coca Cola vs. Pepsi), Nestle versus Cadbury, Complan vs Horlicks, among others. N Chandramouli, CEO, TRA Research explains that the comparison creates a partisan bias and can push a consumer to make an incorrect decision. “Comparative advertising is not the best way to communicate with the audience, as consumers must be left free to make these comparisons. Comparative ads employ selective information sharing and therefore have a potential to mislead and must be avoided,” he said.

Raghu Bhat, founder & copywriter, Scarecrow M&C Saatchi asserted that one brand’s comparison might be another brand’s defamation. “A comparison between brands can be considered ‘relevant’ information but ultimately, it’s a fight for credibility,” Bhat added.

Advertising as at Be Creativity Exclusive: FSSAI New Norms Pushes Test 2019-03-26
Loknath Das
to in With for and of on India The Launched at Samsung Launch A iPhone Android Galaxy More Apple Rs New Be 7 Price Google