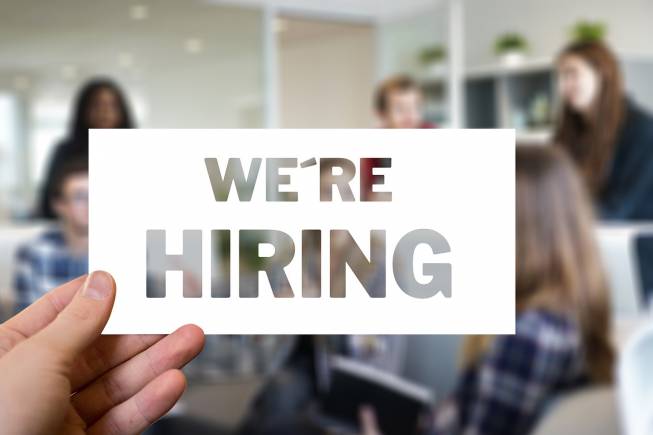 A survey by the National Employability Through Apprenticeship Program (NETAP) showed that manufacturing (40 percent) and services (42 percent) sectors are open to hiring apprentices over the next six months.

As per  ‘The Apprenticeship Outlook and Index’ report, the July-December 2019 period will witness positive growth in apprentice hiring.

The hiring sentiment is expected to grow from 36 percent to 41 percent, up by 5 percent. Among employers, 17 percent are positive about hiring apprentices in the long run.

NETAP is a private degree-linked apprenticeship program in association with TeamLease Skills University.

The report highlighted that 30 percent of employers engaged with apprentices to meet the company’s skill requirement.

The growth is primarily attributed to employers being increasingly invested in the apprenticeship model over the last two years, especially for cost-effective talent creation and enhanced productivity.

Apprenticeship refers to a skill development programme where a person is engaged by a company as a trainee to learn their trade or profession in exchange for a job for a fixed period.

This also acts as a transition phase for a school/college student from classroom to a working background. The apprentice also learns soft skills, work culture, ethics and organisational behaviour while undergoing training.

At the end of the year-long training, apprentices are issued a certificate attesting their proficiency in the particular field. This serves as an experience certificate when they seek employment after their training.

The other factors that are driving apprenticeship adoption are the demand for advanced skill sets, financial support from the government, and bringing in the services sector under the Apprenticeship Programme.

According to the findings, while corporates in the manufacturing sector are keen on hiring apprentices, there is a significant rise in willingness from the services segment as well.

From a regional perspective, the north (6 percent) and west (8 percent) regions exhibit the highest growth.

Amongst industries, much of the hiring will be led by Retail (45 percent), FMCG & D (45 percent) and Travel & Hospitality (44 percent).

Further, from an educational point of view, hiring for trade apprentices will be comparatively higher, standing at 36 percent, followed by the hiring of graduates (24 percent) and diploma technicians (25 percent).

“Employers are fast realising the potential of adopting apprenticeship and the findings of the report is a testimony of it. The lack of skill-based education and basic employability skills even among graduates are the biggest drivers of this growth,” Sumit Kumar, Vice President – NETAP, TeamLease Skill University said.

Of the required 130 million skilled workers, less than 5 percent undergo formal training and around 80 percent do not have the opportunity for skill training, Kumar noted.

As per the report, around 89 percent of the employers preferred six months to a year-long tenure rather than short duration apprentices.