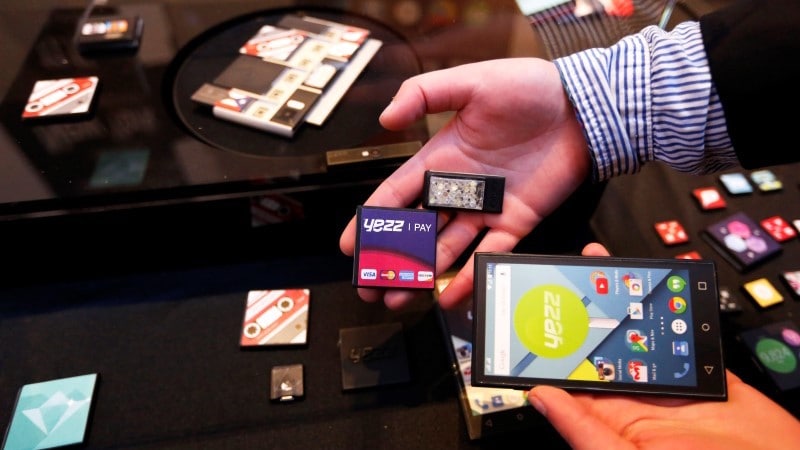 Alphabet Inc’s Google has suspended Project Ara, its ambitious effort to build what is known as a modular smartphone with interchangeable components, as part of a broader push to streamline the company’s hardware efforts, two people with knowledge of the matter said.

The move marks an about-face for the tech company, which announced a host of partners for Project Ara at its developer conference in May and said it would ship a developer edition of the product this autumn.

The company’s aim was to create a phone that users could customize on the fly with an extra battery, camera, speakers or other components.

A spokeswoman for Google declined to comment on the matter.

While Google will not be releasing the phone itself, the company may work with partners to bring Project Ara’s technology to market, potentially through licensing agreements, one of the people with knowledge of the matter said.

Axing Project Ara is one of the first steps in a campaign to unify Google’s various hardware efforts, which range from Chromebook laptops to Nexus phones. Former Motorola president Rick Osterloh rejoined Google earlier this year to oversee the effort. Google sold Motorola Mobility to Lenovo Group in 2014.
Modular smartphones have generated great enthusiasm in the tech community for their potential to prolong the lifespan of a device and reduce electronic waste. But the devices are difficult to bring to market because their interchangeable parts make them bulky and costly to produce, said analyst Bob O’Donnell of TECHnalysis Research, adding that he was not surprised to see Google halt the project.

“This was a science experiment that failed, and they are moving on,” he said.

Project Ara was one of the flagship efforts of Google’s Advanced Technology and Projects group, which aims to develop new devices, but it had various stops and starts.

[“source-gadgets.ndtv”]
Ara for Google Modular Phones Plan Project Said Shelve to 2016-09-03
srijita
to in With for and of on India The Launched at Samsung Launch A iPhone Android Galaxy More Apple Rs New Be 7 Price Google