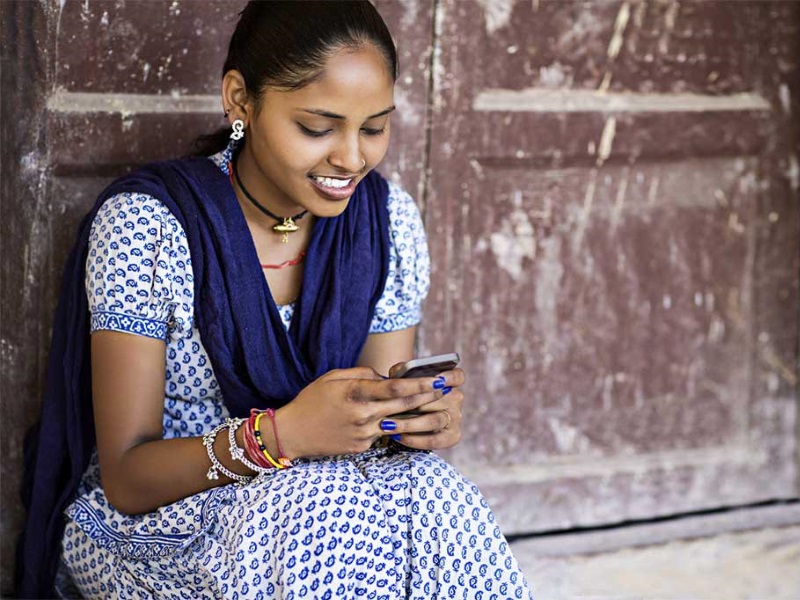 Several villages in Gujarat have banned girls and single women from owning mobile phones, saying the devices distract them from their studies.

A couple of villages in Mehsana and Banaskantha districts in Gujarat have imposed the ban in recent weeks, with more villages joining the campaign, said Ranjit Singh Thakor, president of the Mehsana district council. The ban applies to girls under the age of 18 and unmarried women, he said.

“The girls don’t study properly if they have mobile phones, and they can get into all sorts of bad situations,” he told the Thomson Reuters Foundation by telephone.

“Let them study, get married, then they can get their own phones. Until then, they can use their fathers’ phones at home, if necessary.”

This is not the first time Indian villages have taken this step.

Villages in Bihar had imposed a similar ban a few years ago, saying mobile phones were “debasing the social atmosphere” by leading young women to elope. Activists protested, calling it an assault on freedom that could potentially harm women by denying them access to protection.

India is the world’s second-biggest market for mobile phones, with more than 1 billion users. The ban in villages in Gujarat comes as Prime Minister Narendra Modi, who hails from the state, pushes the Digital India initiative that aims to connect rural areas with high-speed Internet networks.

In Mehsana district, offenders will be fined about 2,100 rupees ($31) and informants will be rewarded, Thakor said. Female students in university are exempt from the ban, as they may need the phones for their studies, he said.

The ban is being adopted by people from the Thakor caste in the entire state, he said.

While more villages appear to be embracing the ban, villages in Banaskantha district have an informal rule, said Gaurav Dahiya, the district development officer.

“It was imposed by village elders in the villages, saying it’s for the girls’ safety,” he said. “But not many people are following it.”

Mobile phone ownership has been found to improve the lives of people in rural areas, who often have poor connectivity. In Tanzania, for instance, mobile phones were found to have a significant impact on women’s’ businesses and lives, a study found.

Yet there and in India, men often control phones, especially in rural areas where members of a family may share a single device.

[“source-gadgets.ndtv”]
'Distracting' Ban From Gujarat More Phones Single Using Villages Women 2016-02-29
srijita
to in With for and of on India The Launched at Samsung Launch A iPhone Android Galaxy More Apple Rs New Be 7 Price Google