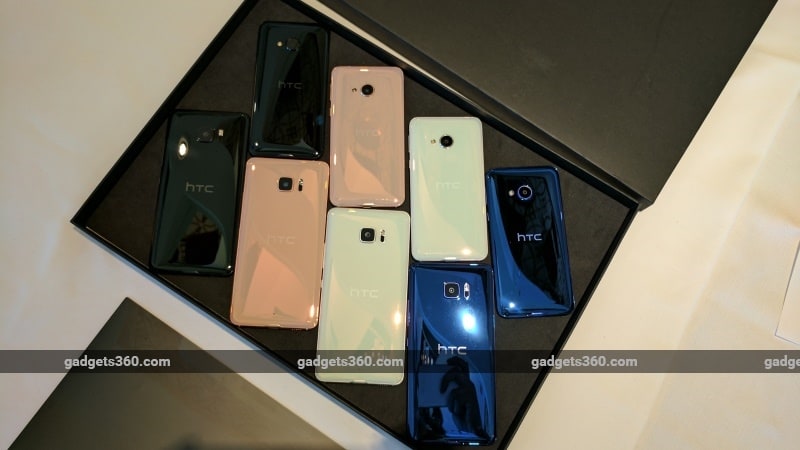 HTC U Ultra and U Play – the first smartphones in the Taiwanese company’s brand-new U series – have been launched. Both the HTC U Ultra and HTC U Play smartphones come with the company’s new Sense Companion, an Artificial Intelligence (AI)-based system that learns the user’s daily patterns to provide usage recommendations and friendly advice.

The HTC U Ultra and the HTC U Play prices have not been provided yet, but company says the devices will likely be launched in India in March. The new HTC smartphones will be available in Sapphire Blue, Brilliant Blue, Cosmetic Pink, and Ice White.

HTC U Ultra, U Play’s Sense Companion AI
The HTC Sense Companion of U Ultra and U Play smartphones is said to learn from the user, and provide recommendations, such as suggesting you dress warm and leave for work earlier on a snowy day; reminding you to charge if it figures you need more power to last until you get home, and even recommending the perfect restaurant when you’re away for the weekend.
Other HTC U Ultra, U Play Features
Apart from the Sense Companion, other common features of HTC U Ultra and HTC U Play smartphones include HTC USonic, which analyses the shape of the user’s inner ears with a “sonar-like pulse” to adapt to you; 16-megapixel front camera with UltraPixel mode, as well as a “liquid surface” curved glass construction. Both HTC U Ultra and HTC U Play smartphones will be available in single-SIM and dual-SIM (Nano-SIM) variants, depending on the region. The duo also run Android 7.0 Nougat, with the HTC’s Sense UI customisation on top. 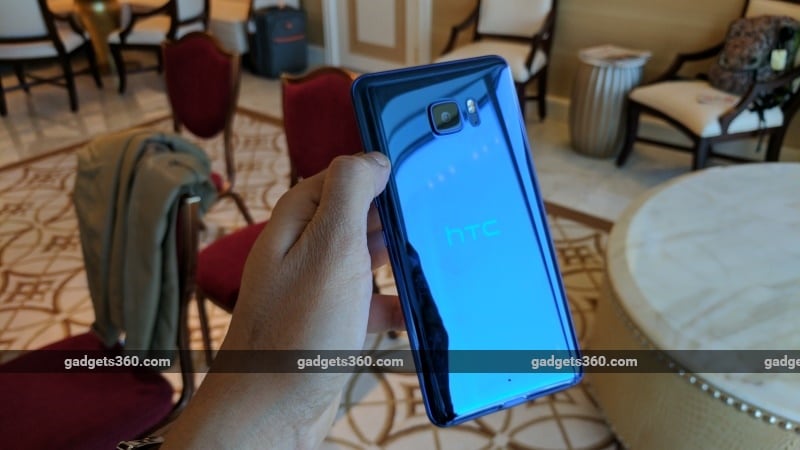 The HTC U Ultra (seen above) features a Dual Display, similar to what the LG V20 has. HTC U Ultra’s primary 5.7-inch Super LCD display bears a QHD (1440×2560 pixels) resolution, while the secondary 2-inch display bears a 1040×160 pixels resolution (seen below). The new HTC smartphone will be made available in two inbuilt storage variants – 64GB and 128GB, with the former sporting Gorilla Glass 5 protection and the latter sporting sapphire glass protection.

HTC U Ultra is powered by a 2.15GHz quad-core Qualcomm Snapdragon 821 SoC with 4GB of RAM. It bears a 12-UltraPixel rear camera with 1.55-micron pixels, a BSI sensor, laser + phase detection autofocus, optical image stabilisation, an f/2.8 aperture, and dual-tone LED flash. At the front, HTC U Ultra sports a 16-megapixel camera with an UltraPixel mode, and a BSI sensor. 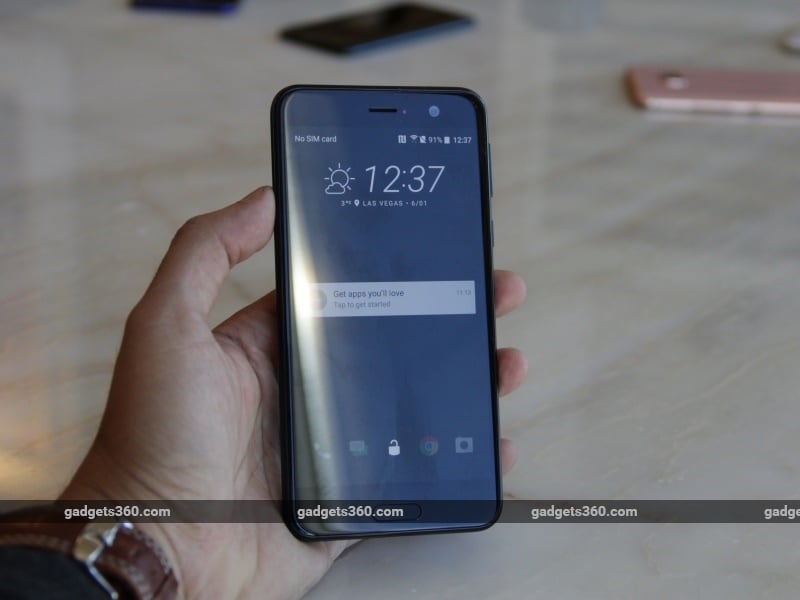 Other HTC U Ultra specifications include either 64GB or 128GB of inbuilt storage that is expandable via microSD card (up to 2TB); 4G LTE with VoLTE, GPS/ A-GPS, Bluetooth v4.2, Wi-Fi 802.11ac, NFC, DLNA, Miracast, HTC Connect, and USB 3.1 Type-C connectivity options. The HTC U Ultra smartphone sports an accelerometer, ambient light sensor, digital compass, and gyroscope, weighs in at 170 grams, and measures 162.41×79.79×7.9mm. HTC U Ultra bears a fingerprint sensor on the Home Button, HTC BoomSound Hi-Fi edition stereo speakers, Hi-Res Audio support, as well as 3D Audio recording support with 4 microphones. It is powered by a 3000mAh battery with Quick Charge 3.0. It’s rated to deliver up to 26 hours of talk-time and up to 13 days of standby time. 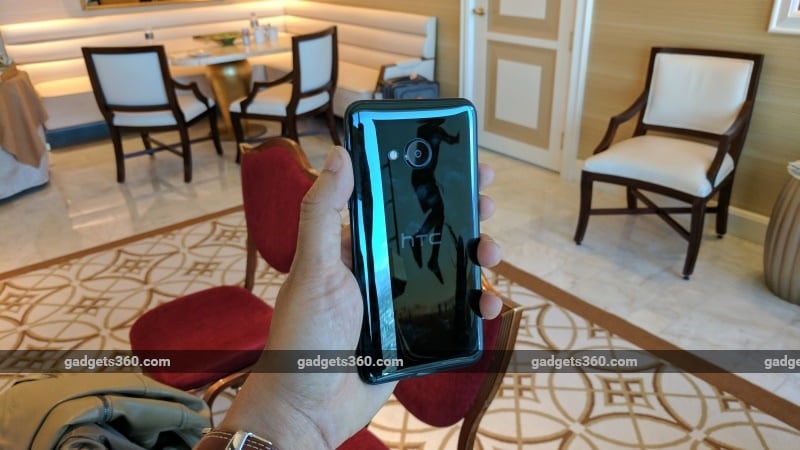 Coming to the HTC U Play (seen above), the smartphone will be made available in 3GB RAM/ 32GB storage and 4GB RAM/ 64GB storage variants. It sports a 5.2-inch full-HD (1080×1920 pixels) Super LCD display with Gorilla Glass. The new HTC U Play smartphone is powered by an octa-core MediaTek Helio P10 SoC. HTC U Play’s 16-megapixel rear camera comes with a BSI sensor, optical image stabilisation, PDAF, an f/2.0 aperture, and dual-tone LED flash. The front camera sports a 16-megapixel sensor with an UltraPixel mode, a BSI sensor, an f/2.0 aperture with a 28mm focal length.

Just like the HTC U Ultra, the U Play’s inbuilt storage is expandable via microSD card (up to 2TB). HTC U Play connectivity options include 4G LTE with VoLTE, GPS/ A-GPS, Bluetooth v4.2, Wi-Fi 802.11ac, NFC, DLNA, Miracast, HTC Connect, and USB 2.0 Type-C. The new HTC smartphone sports an accelerometer, ambient light sensor, digital compass, and gyroscope, weighs in at 145 grams, and measures 145.99×72.9×7.99mm. It bears a fingerprint sensor on the Home Button. HTC U Play is powered by a 2500mAh battery with fast charging support (5V/2A) that’s rated to deliver up to 15.21 hours of talk-time and up to 427.54 hours of standby time.