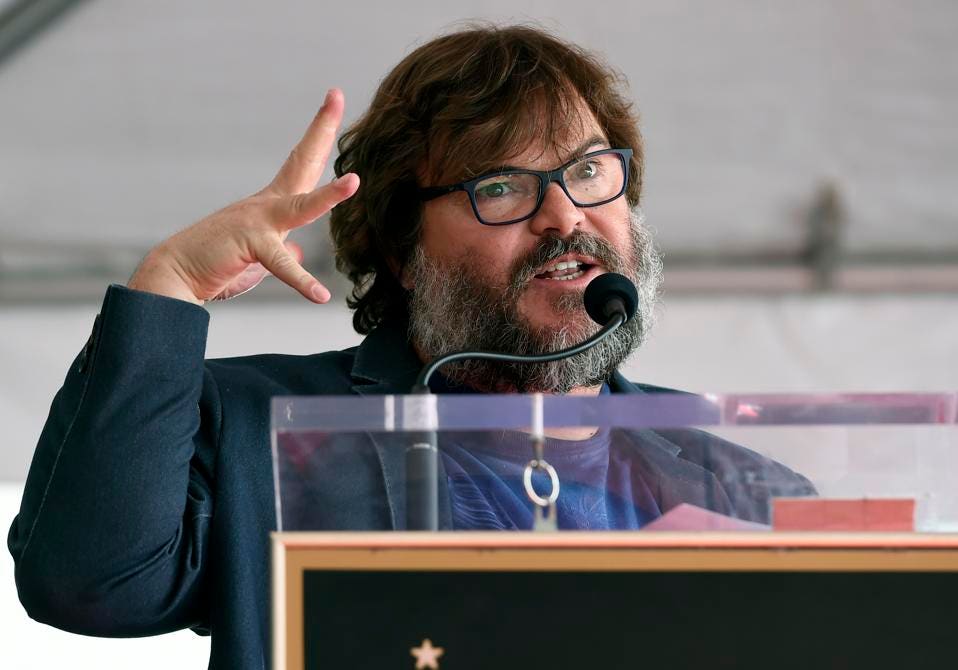 Actor Jack Black addresses the audience during a ceremony awarding him with a star on the Hollywood Walk of Fame, Tuesday, Sept. 18, 2018, in Los Angeles. (Photo by Chris Pizzello/Invision/AP)CHRIS PIZZELLO/INVISION/AP

On December 21st 2018, Jack Black decided to give YouTube a holiday gift and announced the start of his gaming channel, Jablinski Games, that would “be bigger than Ninja, bigger than Pewdiepie.” The channel seems well on track to do just that, gaining 1 million subscribers in less than a week, but although Jablinski Games is a YouTube gaming channel starring a major celebrity, its weekly videos have challenged our assumptions on what exactly each of these things means.

It’s a gaming channel that doesn’t have a Fortnite video (yet and hopefully not ever), starting with pinball and arcade machines completely foreign to the channel’s young audience. It’s a YouTube channel by a celebrity, but it doesn’t produce super high-quality videos or feature crazy locations, instead mostly being about a father and son playing games. A series of short videos with zany jokes, old school video games, and low production quality, Jack Black’s new YouTube channel is exactly what a retro-loving dad would produce on the platform, and the channel is currently thriving due to its Ready Player One-type nostalgia and Black’s dad relatability. However, in a YouTube trending towards 45-minute videos of cinematic quality, how long can Jablinski Games last?

When it comes to being the star of a gaming channel, it seems that Jack Black has a different idea of what gaming is. The quintessential 80s kid, Black started the gaming content of his channel with a trip to the Pinball Hall of Fame followed by another video in the arcade. Although Black promises more “real gaming” in later videos, he’s starting old school. He makes an important point and one that is missed by other gaming channels always on the hunt for the newest game, these old school arcade and pinball games served as the inspiration for current game developers. Despite my original groans about watching a video about pinball, watching Black and his son play these games and approaching them with a childlike excitement familiar to any gamer replaying his or her favorite game, was an enjoyable and nostalgic experience for someone who has played pinball perhaps three times in his life.

In addition to the content of Jablinski Games, the channel’s structure and effects also reflect a retro nostalgic theme that pervades Black’s new project. Some of it is blatant allusions to nostalgia, like the Scooby Doo outro that plays in Black’s Round One Review video, but the videos also seem to harken to an earlier time of YouTube. The videos are short, being slightly over 3 minutes at max and under 30 seconds minimum, and they aren’t incredibly well produced. There isn’t much of a cohesive story or “review” of the places Black and his son visit, mostly just snippets of them playing games and interacting with one another. At times the video can get a bit grainy, and you won’t see each of Black’s beard hairs in stunning HD. In short, it’s the same type and quality of YouTube video you might have seen on the platform in 2010, alongside Fred, Smosh, and nigahiga, when all you needed was a punchline and video camera.  In 2019, Jablinski Games is an anachronism, and that’s why its over 3.4 million subscribers love it.

Jablinski Games success is in part due to Jack Black’s star power, as is every celebrity YouTube, but also because Black has a brand as a relatable dude, which is affirmed by his YouTube channel. Relatable isn’t the first thing that comes to mind with celebrity YouTube. The Rock, Will Smith, and Shay Mitchell are just some of the Hollywood celebrities that have utilized the YouTube platform. However, these videos are often, just like their creators, Hollywood quality with amazing production value and exotic locations. They are often “branded” in that they market other projects the creator is working on. Hollywood production value is a reason why YouTube encouraged celebrities to make YouTube channelsas far back as 2011.

Yet, Black doesn’t brand himself like other celebrities. His video quality is normal and rather than a marketing ploy, Jablinski Games really does appear to be something fun Black feels he can do with his son. One of the biggest takeaways from the channel is that we really get to see Jack as a dad. Black’s relationship with his son, Sam, takes up much of the channel’s content. Making dad jokes, such as his comment that a bowling alley’s “graphics are so good, it looks like real bowling” or attempting to relate to his son and embarrassing his son in the process serves to endear the Hollywood star to his viewers as a normal guy.

Nevertheless, while Jablinski Games has made a splash on YouTube, it will be tested on whether the content and style that it showcases are really viable for the YouTube of today. A lot has changed on the platform since 2010, much like gaming has changed since the 1980s, and it might be that Jablinski Games is a decade behind the times. Facing competition from media platforms that host shorter content like Instagram, Twitter, and (the controversial) TikTok, YouTube has actively made efforts to support longer-form content of higher quality. In a world of HD, only time will tell whether Black’s standard definition channel will make a lasting impact.