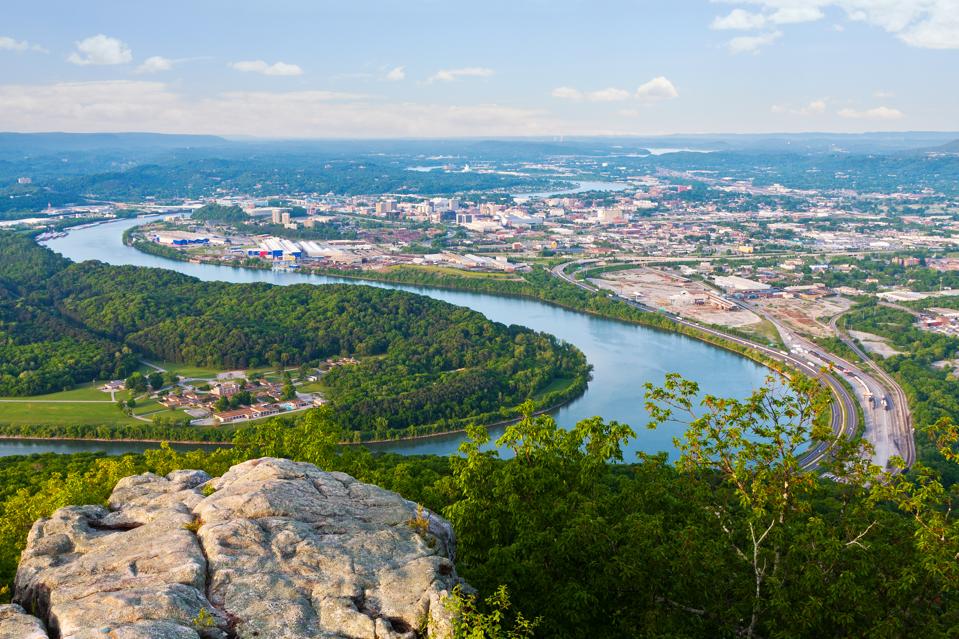 Resolved to land a new job in the new year? Although the U.S. economy is 110 consecutive months into its record-breaking stretch of job gains and the unemployment rate is at a 50-year low, hiring among employers in some areas is projected to soften. But that’s no reason to become one of the 80% of Americans who let their New Year’s resolutions fall by the wayside. You just have to be savvy about where to look.

“The thing that’s interesting is we’re not seeing the largest economies—the New Yorks and the Los Angeleses—at the top,” says Michael Stull, senior vice president of ManpowerGroup North America, a Milwaukee-based global staffing firm. Each quarter, ManpowerGroup conducts an Employment Outlook Survey to get a sense of the hiring plans of employers in America’s 100 most populated metropolitan areas. When seasonally adjusted to remove the influences of recurring events such as holidays and school schedules, the report reveals a net employment outlook of 19% for the first quarter of 2020, a 1% decrease from both the first and final quarters of 2019.

“Some of the uncertainty in manufacturing has pulled it down a bit, but when you look at the economy, we have more open jobs than people looking for jobs and the quits rate is the highest it’s ever been,” Stull says. “I don’t think there’s cause for concern.” 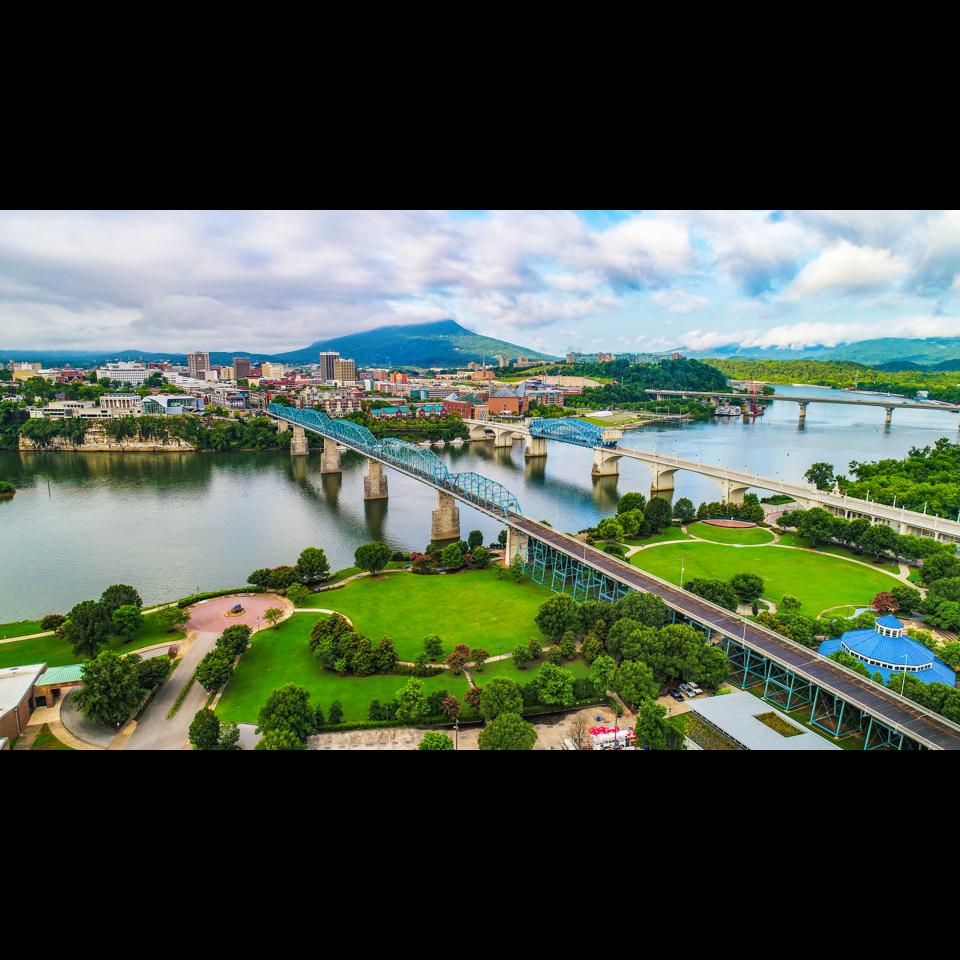 Workers would do well to set their sights on the South, where a seasonally adjusted net employment outlook of 22%, up from 21% last year and at its highest level since 2006, makes the region the nation’s most promising job market. Of the many Southern cities posting net employment outlooks well above the national average—among them Charleston, South Carolina, and Little Rock, Arkansas, both of which boast outlooks of 28%—none is set to offer more opportunity than Chattanooga, Tennessee.

Beyond A Safe Haven: Responding To The Refugee Crisis

Claiming the No. 1 spot on this list with an employment outlook of 34%, much of the city’s  strong hiring outlook can be attributed to its booming leisure and hospitality sector. Dubbed one of the best places to visit by the New York Times in 2018, Chattanooga is home to dozens of attractions, among them one of the world’s largest freshwater aquariums, a thriving music scene, miles of hiking trails along the Tennessee River and the Chattanooga Choo Choo, a train station-turned-historic-hotel and one of the city’s most popular destinations. The businesses that make up Chattanooga’s leisure and hospitality industry contribute $1 billion to the local economy annually, and the eight new hotels set to open their doors in 2020, will  be looking to hire. “Cities like Chattanooga are seeing the impact of consumer confidence,” Stull says. “When consumers are confident, they go out to dinner, they go on vacation. When they believe they have a bright future, they spend money.”

Some 600 miles away in Florida, Cape Coral and Deltona are also reaping the benefits of strong consumer confidence, tying for No. 3 with net employment outlooks of 31%. The leisure and hospitality industry is, unsurprisingly, expected to drive much of the hiring in the Sunshine State, as well as the South as a whole, where the sector’s outlook is 34%, when seasonally adjusted. But second to leisure and hospitality is wholesale and retail trade, posting a seasonally adjusted outlook of 25%. Retail trade is the most common industry employer  in Cape Coral and Deltona, employing 15.4% and 15.5%, respectively, of the two cities’ populations. Wholesale trade is measured separately and employs 2.07% of the population in Cape Coral and 3.34% of that in Deltona. “We are seeing the impact of consumer confidence and the retail-driven economy, not just in stores, but through all of the distribution,” Stull says. “Towns are benefiting because they can be hubs for distribution and play a role in ecommerce.”

Of the four regions measured by ManpowerGroup—Midwest, Northeast, South and West—the South is projecting the greatest hiring prospects in the new year. But the Midwest isn’t far behind: Employers in this region are anticipating a seasonally adjusted net employment outlook of 21%, one percentage point higher year-over-year and the highest since 2001. As was the case in the South, the leisure and hospitality industry is propelling most of the hiring, its outlook at 32%, when seasonally adjusted. Unique to the Midwest, though, is a growing professional and business services sector, one with a seasonally adjusted net employment outlook of 30% that is best illustrated in Columbus, Ohio.

Reporting an outlook of 33%, Columbus has earned the distinction of being the No. 1 metro area for hiring in the Midwest and No. 2 in the nation. Some 18% of the population works in professional and business services, making that the most popular sector for employment in the  city. A hub for small and big businesses alike, the Accelerate Columbus and Goldman Sachs 10,000 Small Business Initiative programs have cultivated an entrepreneurial environment, one that has landed Columbus among the Kauffman Foundation’s top metro areas for startups three years in a row. In addition, jobs growth and downtown office incentives have attracted some of the area’s largest employers, among them JPMorgan Chase and Nationwide. The fastest-growing city in the Midwest, Columbus is  a microcosm of a larger employment trend that Stull has observed lately. “Companies are moving to where people are, as opposed to people moving to where companies are,” he says. “The Columbuses, the Pittsburghs, the Baltimores are being able to compete with jobs.”

While the seasonally adjusted net employment outlooks in both the Northeast and West have slumped since the first quarter of 2019 (the former down two percentage points to 18%, the latter down one percentage point to 19%), this fact may not have as much to do with any looming economic slowdown as with workforce mobility. “We’re seeing this surge from the West and East coasts into other areas because that’s where there’s less competition for talent,” Stull says. “We continue to be in a talent-tight economy, and that’s not going away.”