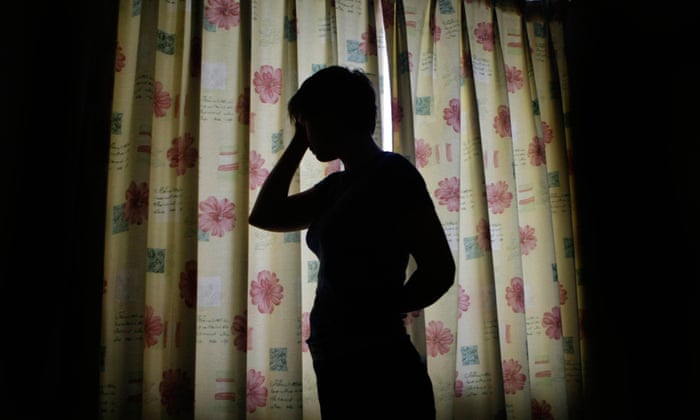 Patients with serious mental health problems are being sent more than 300 miles away from their home areas because of widespread bed shortages across the NHS, figures show.

Adults in mental health crises were sent as far as 307 miles from home last year, where they were denied easy access to family and friends for many months – a situation NHS chiefs have admitted reduces chances of recovery.

Last year, Lancashire Care NHS foundation trust had to place patients 299 miles away in a mental health unit in the village of Ticehurst in East Sussex, while people from Norfolk ended up being cared for at Arbury Court in Warrington, 239 miles away.

Oxleas mental health trust, based in Dartford, Kent, sent patients for care – including in a psychiatric intensive care unit for those whose lives were at risk – up to 232 miles away in Bradford, West Yorkshire.

The widspread practice of “out-of-area placements”, revealed in NHS data obtained by Labour under freedom of information legislation, triggered calls for the health service to speed up its programme of creating more beds. It has recognised that treatment so far from home is often disorientating and distressing for those for whom no other bed can be found.

It also raised doubts as to whether repeated ministerial pledges to end out-of-area care in mental health by 2020-21 will be honoured, given the service’s heavy reliance on it.

Barbara Keeley, the shadow minister for mental health, who obtained the figures, said: “The overwhelming evidence is that out-of-area placements do serious harm to the recovery of people with mental health conditions, yet the government is categorically failing to reduce their use. This is exactly the sort of ‘burning injustice’ the prime minister pledged to end.”

Information disclosed by 36 of England’s 53 specialist mental health trustsshowed all of them, apart from one in Manchester, had to send patients out of area in the past five years. Last year, 28 did so. Of those, 24 sent adult patients more than 100 miles away, while 17 had to resort to using facilities more than 200 miles away.

Andy Bell, the deputy chief executive of the Centre for Mental Healththinktank, said: “For those who spend long periods in a hospital out of area, it can lead to isolation, dislocation and a loss of contact with local services. The NHS’s welcome pledge to end out-of-area placements in a crisis will be essential to give more people a better chance of recovering.”

Bell said that if ministers are to deliver the pledge, they will have to ensure NHS chiefs oversee a significant expansion of community-based mental health services.

The Tees, Esk and Wear Valleys NHS foundation trust sent hundreds of patients as far as 180 miles away between June 2017 and May this year, the Whitby Gazette revealed recently. It sent a few patients to be cared for by other NHS trusts, but most ended up in privately run mental health units.

This led Dr John Lister, the co-chair of the campaign group Keep Our NHS Public, to claim “the private sector are quite willingly cashing in on the gaps left in the NHS”.

The trust commissioned 515 out-of-area placements during those 12 months, which in five cases involved the patient spending more than a year away from their home area.

Cordery said that while mental health trusts are trying to ensure patients are cared for close to home, “we still don’t have enough of the right mental health beds commissioned in the right places, given the rate at which demand is increasing. That means that, very reluctantly, trusts sometimes have to send service users very long distances, as it’s the only way to get a scarce bed.

“It’s not good for the service users involved and it’s poor value for money. But until the promised additional investment for mental health actually translates into extra beds in the right place, it’s still going to happen.”

The Department of Health and Social Care said: “It is completely unacceptable for patients to be sent away from their family and friends for treatment. That’s why the NHS is opening more specialist beds to tackle this and we have committed to eliminating inappropriate placements by 2020-21. We want to see parity between physical and mental health.”

[“Source-theguardian”]
$300 beds Due From Health: Home Lack Mental miles of Patients Sent to 2018-09-17
Loknath Das
to in With for and of on India The Launched at Samsung Launch A iPhone Android Galaxy More Apple Rs New Be 7 Price Google