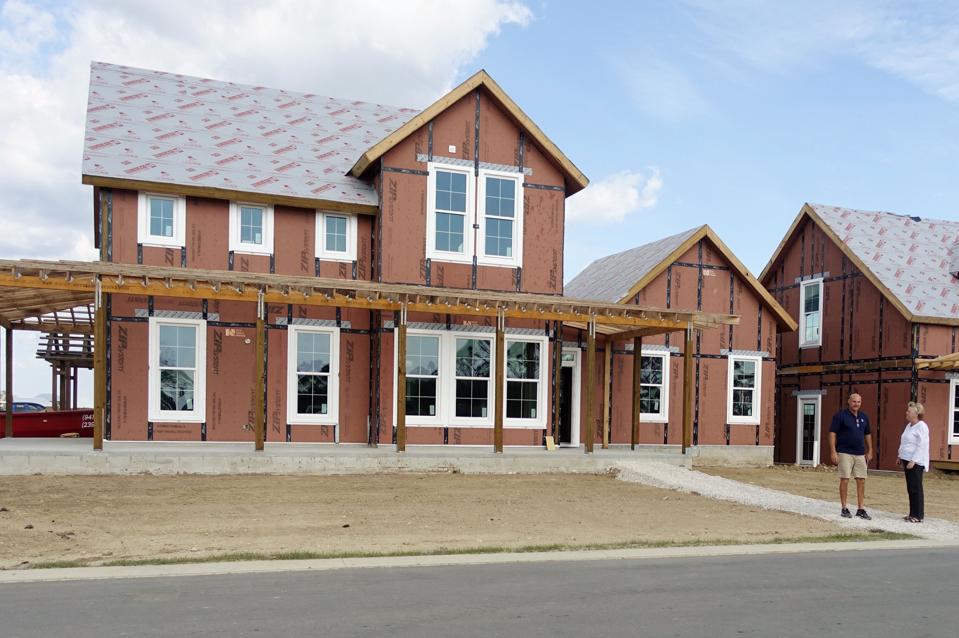 As large swaths of the nation recover from major hurricanes, home builders are feeling less optimistic than they did a month ago.

The National Association of Home Builders/Wells Fargo monthly Housing Market Index declined three points to a reading of 64 for September. The August August was revised one-point from 68 to 67.

Anything over 50 is considered positive, but the drop is on the high end of the month-to-month fluctuations over the past year. That said, home builder sentiment has been unusually strong of late, hitting 71 in March. The index had not read that high since June 2005. Leading up to the Monday’s report, the consensus among economists was that the gauge would fall to 65, though some anticipated a far sharper decline.

“The recent hurricanes have intensified our members’ concerns about the availability of labor and the cost of building materials,” said NAHB Chairman Granger MacDonald, a home builder and developer from Kerrville, Texas, in a statement. “Once the rebuilding process is underway, I expect builder confidence will return to the high levels we saw this spring.” The index dropped to 65 in the South, which includes both Florida and Texas, from a revised reading of 69 in August. Data collection took place between September 1st and 14th, meaning that Hurricane Harvey had already hit. Irma came to Florida on September 10th.

“Hurricanes Harvey and Irma affected a major part of housing starts and the pipeline for new homes,” noted Nela Richardson, chief economist at brokerage Redfin. “However, it is important to note, that new construction was already weaker than expected before the hurricanes. Builders blamed labor shortages and building material costs for below normal housing construction earlier this summer. Labor shortages will likely worsen now that workers will be needed for the rebuilding effort. The breadth of the storms impact combined with pre-existing labor shortages weighed down builder sentiment in September.”

According to the Texas Department of Public Safety, 103,760 homes were destroyed or damaged in by Harvey. Meanwhile, the Federal Emergency Management Agency estimates 25% of the homes in the Florida Keys were destroyed, with many more severely damaged.

To create the composite index, each month NAHB asks home builders to weigh in on: current home sales, expected sales for the next six months and buyer traffic. All three components declined in September. Only traffic has been consistently low for the last year.

The S&P home builder index is up 15% in the last year and 3.7% in the last month. In addition to builders like Lennar, D.R. Horton and Toll Brothers, the index includes companies like mattress maker Tempur Sealy International and building suppliers Home Depot, which are heavily impacted for demand in housing.