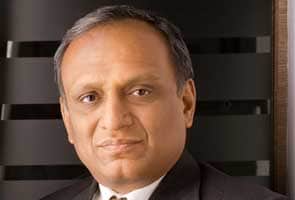 As far as the personal finance community is concerned, the entire discourse on Budget 2016 has been hijacked by the storm surrounding the proposed taxation of withdrawals from Employees Provident Fund and providing an exemption to 40 per cent of the NPS corpus withdrawn.

This tax need not be paid if this amount is instead used to buy an annuity that will provide a life time income for the subscriber.

The government wants to nudge (some would say force) people to invest around 30 per cent of the total corpus created by contributions made after April 1, 2016, in pension products, rather than withdraw and use that amount. The tax payable on the annuity income is expected to be nil or very low as the income will be spread over many years, and it is likely to be below the minimum amount not chargeable to tax in those years. Thus, the choice is between paying a tax on 30 per cent of this corpus or spreading the receipt over the rest of your life tax free. This tax does not apply to government babus and those drawing basic plus DA of less than Rs. 15,000 per month.

In any case, the government is likely to be forced to roll back the EPF provision in some form or manner. Hopefully, at that time, they will ensure that the NPS is given the same tax treatment on withdrawal as the EPF is finally conferred with.

What they must definitely do is to provide a tax neutral window for people to shift their funds from EPF to NPS and vice versa. This has been promised but has not been delivered. This will take the debate out of the clutches of the paternal trade unionists who claim to know what is good for all EPF subscribers. The subscribers will vote with their feet and I am confident that these 20 per cent or so subscribers who are sought to be protected would on their own shift to NPS if a neutral tax treatment is promised. Also, the exemption of 40 per cent of NPS corpus is only for employees and not for self-employed NPS subscribers. This distinction is highly unfair and the tax treatment of NPS corpus should be common between employees and self-employed people.

There are a lot of other provisions in this finance bill but a few deserve mention. The extra 10 per cent tax on dividend received by individuals receiving dividend income of more than Rs. 10 lakh is highly regressive. Firstly, thank God that this applies only to dividend received from domestic companies and does not in any way affect dividend received from mutual funds. Having said that, this is a terrible tax. The dividend distribution tax is already at 21 per cent and this additional tax will mean that the government will actually have higher tax revenues from taxing dividends in this manner than if it was to revert to the old system of letting dividends be taxable in the hands of the investor as per the tax slabs applicable to them.

The provision for an extra deduction of Rs. 50,000 for interest payable on a house property costing less than Rs. 50 lakh with a loan of less than Rs. 35 lakh is unlikely to be of much use. Most loans are taken by earning couples and the interest payable on a Rs. 35 lakh loan will be within the overall limit of Rs. 2 lakh each that they already enjoy. The only possible area of benefit is that this deduction is also available during the construction period (unlike the normal deduction that only starts from the year in which construction is complete) and to that extent, it is a small sop for those who book under-construction property.

But a much bigger sop is available for those booking under-construction property. Till now, the provision was that if the self-occupied property took longer than three years to construct, then the interest deduction was reduced to Rs. 30,000 per annum from Rs. 2 lakh. This period has now been extended to five years and should benefit many hapless individuals who may now be able to claim the higher deduction limit of Rs. 2 lakh. Logically, there should be no limit at all, since the individual is hardly in a position to control the delay in construction. Also, I wish the same provision was introduced in Section 54 dealing with exemption of capital gains where, too, the period provided for construction is only two or three years which is rarely met by developers.

The increase in rental limit from Rs. 2,000 per month to Rs. 5,000 per month in section 80GG is likely to benefit a small number of self-employed people who do not own any property and rent their homes. Most salaried people who stay on rent claim their benefit vide the HRA exemption route rather than this section.

A new section has been introduced that allows a further limit of Rs. 50 lakh for exemption of long term capital gains if they are invested in the fund of funds being set up by the government to promote start-ups. This, however, is a risky investment with no guaranteed return (or even guarantee of principal) and is unlikely to get too many takers.

The tax treatment required to operationalise the sovereign gold bond scheme and gold monetisation scheme has been put in place.

In a major move, your tax refunds are now likely to definitely come within a year of the assessment year closing due to a specific change recommended by the Easwar Committee  being accepted. The TDS limits have been revised upwards and makes it more friendly for more tax payers. The assumed income clauses which make life operationally simple for small businessmen have been widened, and professionals are also now included for the first time.

Unfortunately, the Finance Minister did not even consider it worthwhile mentioning the main Easwar Committee  recommendation to increase the interest rate on delayed refunds.

A lot of major reforms outside the personal finance area have been announced which can significantly impact all of us. One that I want to mention is the family floater health insurance  scheme for Rs. 1 lakh announced for 400 million Indians. If implemented well, this can really provide a social security net to the vulnerable sections of society.

All in all, this Budget had many announcements and initiatives and if implemented well (which is always a big if) it could at last mean that we can finally live up to our billing as a high potential country.

[“source-ndtv”]
'Personal and EPF Finance Issues Opinion: Other Tax The 2016-03-04
srijita
to in With for and of on India The Launched at Samsung Launch A iPhone Android Galaxy More Apple Rs New Be 7 Price Google