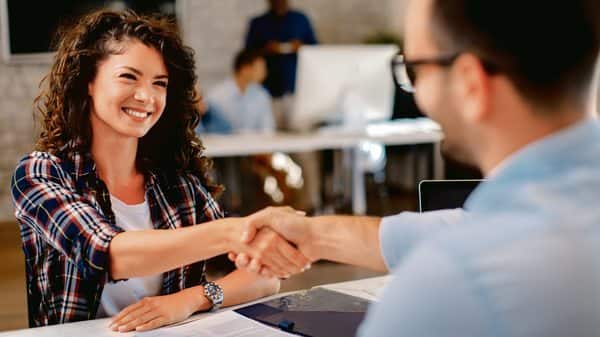 Most job descriptions are boring, wordy and vague. They make the most interesting work opportunities sound like a long list of chores. Although most companies parrot the virtues of diversity, they attract people who fit conventional norms of performance. Round pegs in square holes are great for advertisements but how often do you see them at work?

On average, job descriptions tend to be about 700 words, roughly the length of this article. They pontificate on buzz words like team work, collaboration and communication before quickly jumping ship to past experiences and academic qualifications. Therein lies a major flaw. They expect past performance to be an accurate indicator of future potential. I have rarely come across a job description that gives a flavour of what it takes to do a job well.

We live in an era of disruption. Variability and uncertainty are expected to be operating conditions of the 21st century. Organizations need people who can think on their feet, learn from failures and keep an open mind. Job descriptions do a great job of keeping such people away, especially if they happen to be women or minorities.

I graduated from business school five years ago. In this period, the nature of work has changed, global political context has evolved, multi-billion dollar companies have been burnt and built, 100% vegetarian beef burgers have been created, national constitutions have been amended but somehow, job descriptions have remained the same.

Is it conspiracy or intellectual lethargy? Probably both. The intellectual lethargy can be ascribed to laziness but conspiracy is more interesting to analyse. While we can explore this from various angles, let us dive into the gender aspect and how job descriptions play a villainous role. According to an internal report by Hewlett Packard, men apply for jobs when they meet only 60% of the qualifications, but women apply only if they meet 100%.

Author Tara Mohr has analysed this gender differential, and says 78% of women’s reasons for not applying arise from assuming that job qualifications are real requirements. They believe the hiring process is far more by-the-book than it really is. Mohr believes that there are three reasons for this—primary school, hiring norms and modern history. Let’s explore each.

First, girls are strongly socialized to follow the rules from primary school and are rewarded for doing so. While following rules works for academic grades, when it comes to applying for jobs, this tends to backfire. Second, men are often hired and promoted for potential, women for their prior experience and track record. Witnessing this in their workplaces makes women less likely to apply jobs that aren’t a perfect match for their qualifications. Third, women broke into the workforce in the 20th century only if they had the right accreditation. Not much has changed: Job descriptions and mindsets remain rooted in the past.

Research commissioned by German education ministry concluded that language also plays a key role in deterring women. Turns out that when women find job descriptions sprinkled with words like “assertive”, “independent”, “aggressive”, they are less likely to apply. Conversely, if the job used words like “dedicated”, “responsible”, “conscientious” and “sociable”, they were more likely to think it was a good fit. Even simple language tweaks can have a huge impact but organizations need to stop playing by the already rigged book.

Job descriptions are the first point of communication with applicants. If companies care about attracting diverse candidates, they should humanize job descriptions and incentivize candidates from all walks of life to apply instead of mechanically inserting “equal opportunity employer” towards the end of the page.

Boxes descriptions How in Job Opinion: People Put 2019-06-04
Loknath Das
to in With for and of on India Launched The at Samsung Launch A iPhone Android Galaxy More Apple Rs New Be 7 Price Google