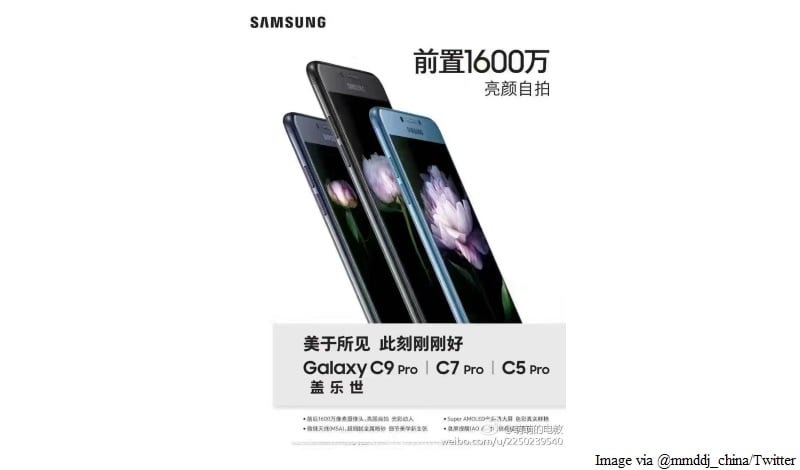 The Samsung Galaxy C5 Pro has been spotted on several occasions, and now the smartphone has arrived again on a Wi-Fi certification site, hinting at an imminent arrival. However, this new certification comes with a different model number indicating that the smartphone may also see the light of the day outside of China.

The Samsung Galaxy C9 Pro has been launched in India at the price of Rs. 36,900, after being launched in China last year. It has been made available across all retail channels in Black and Gold colour variants.