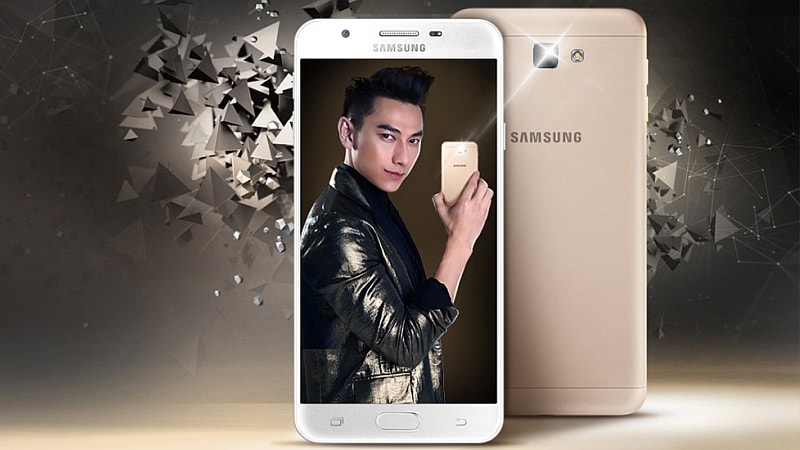 It appears the recently launched Samsung Galaxy J7 Prime will make its way to Indian shores soon, priced at Rs. 18,790. The information was revealed by an established Mumbai-based retailer.

To recall, the Samsung Galaxy J7 Prime was launched in Vietnam last month at VND 6,290,000 (roughly Rs. 19,000), and thus the India price revealed by Mahesh Telecom on Twitter indeed seems plausible. The MRP on the box is listed as Rs. 19,400.

The other specifications of the Galaxy J7 Prime almost completely match the Galaxy J7 (2016). The dual-SIM (Micro-SIM) Galaxy J7 Prime ships with Android 6.0.1 Marshmallow. The smartphone bears a 5.5-inch full-HD (1080×1920 pixels) IPS display with 2.5D Corning Gorilla Glass 4, and runs on a 1.6GHz octa-core processor coupled with 3GB of RAM.

The Galaxy J7 Prime features a 13-megapixel rear camera with an f/1.9 aperture and LED flash, while there is an 8-megapixel front camera with an f/1.9 aperture also on board. The smartphone comes with 32GB of inbuilt storage that’s expandable via microSD card (up to 256GB) – to note, the Galaxy J7 (2016) only supports microSD cards up to 128GB in capacity.

[“source-gadgets.ndtv”]
Galaxy in India J7 Launch Price Prime Said Samsung Soon Tipped to 2016-09-08
srijita
to in With for and of on India The Launched at Samsung Launch A iPhone Android Galaxy More Apple New Rs Be 7 Price Google