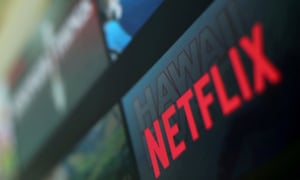 Broadcasters are facing a tipping point in the next five years where a faster decline in traditional viewing will make TV campaigns too expensive to be cost-effective for advertisers.

A report has forecast an “inflection point” for UK TV where the decline in viewing that is already well established among 16- to 34-year-olds will spread to other key demographics, ultimately threatening TV’s greatest selling point of mass-market reach for advertisers.

It says that by 2022 the reduction in TV viewing will cut the amount of ads viewed by 45% among 16- to 34-year-olds, by as much as 30% in the demographic known as “housewives and kids” and by 15% among ABC1 adults (consumers from the three highest socio-economic brackets).

This will make it more costly for campaigns to hit the same audience numbers, meaning advertisers are facing effective ad price rises of 90%, 50% and 20% for the three demographics respectively over the period.

“TV has been the go-to media channel for advertisers seeking mass reach,” said Christian Polman, the chief strategy officer at Ebiquity, the media audit firm behind the report. “We are saying that unless action is taken by advertisers and broadcasters, that by 2022 TV will no longer hold the crown as having the highest return on investment on a media plan. Advertisers will need to re-evaluate their media plans and investment.”

Ebiquity’s report says the 2022 tipping point is a worst-case scenario and it is likely that traditional broadcasters will evolve counter-strategies including building real scale to their own streaming services and better TV ad targeting, while the impact of newer entrants such as Netflix will slow as they hit maturity in the UK.

This month ITV’s share price crumbled by nearly 6% as investors took fright at a report warning that the market was underestimating the decline of traditional TV viewing and the disruptive impact of services such as Netflix and YouTube.

Lindsey Clay, the chief executive of the TV industry body Thinkbox, said: “As Ebiquity point out, broadcast TV continues to give advertisers the highest return. But TV is changing and it is fundamental that advertisers now use a combination of broadcast and on-demand TV. The future is a total TV approach that will maintain TV’s cost-effectiveness. Most advertisers are already moving towards this.”