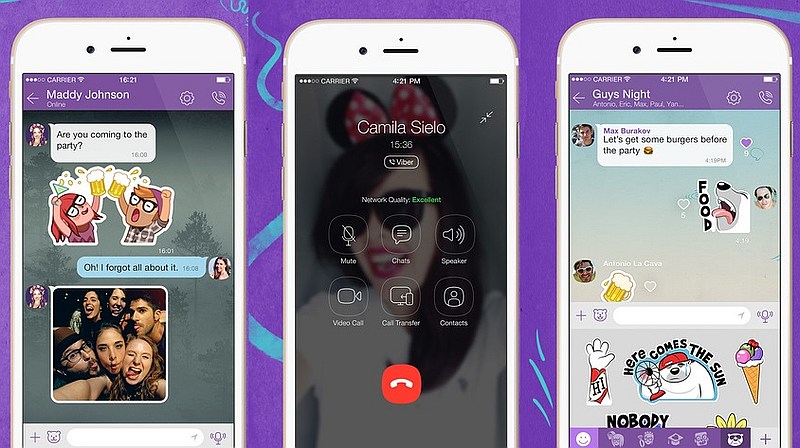 After Instagram, Facebook, Twitter, and few other applications, Viber has finally started rolling out an update to iOS users with 3D Touch functionality. The feature along with some others comes as part of the v5.8 update.

The Viber app for iOS v5.8 would now let iPhone 6s and iPhone 6s Plus users use 3D Touch functionality on the app to create a new message or access their latest chat. In addition, the update brings more detailed information in group chats letting users view which of their friends have read and liked any message.

In addition, Viber v5.8 features Split View and Slide Over functionality for better multitasking on iPad tablets. Users can also now view all their images and videos from a chat at one place. Search functionality has also been improved.

The updated Viber app for iOS is available to download from App Store.

Viber last month launched a Rude Rider, a free-to-play action-packed racing shooter game featuring its popular sticker character, the irreverent Rudy. The character insults players with his rude and tongue-in-cheek humour and races through traffic, blowing up cars, helicopters, tanks, and any other obstacles in his way. Players collect coins as they shoot obstacles, and use them to customise their cars buying boosters, weapons and shields and more.

In December last year, the company launched an ephemeral messaging application called Viber Wink. The app is an instant camera app, using which you can capture photos or videos and send them to others. Once the receiver sees the photo or video message, the message automatically is deleted. Some of the rival ephemeral messaging applications include Snapchat, Telegram, and others.

[“source-gadgets.ndtv”]
3D and App Brings for iOS More Touch Update Viber 2016-03-01
srijita
to in With for and of on India The Launched at Samsung Launch A iPhone Android Galaxy More Apple Rs New Be 7 Price Google