Vivo V3 Gets a Price Cut in India 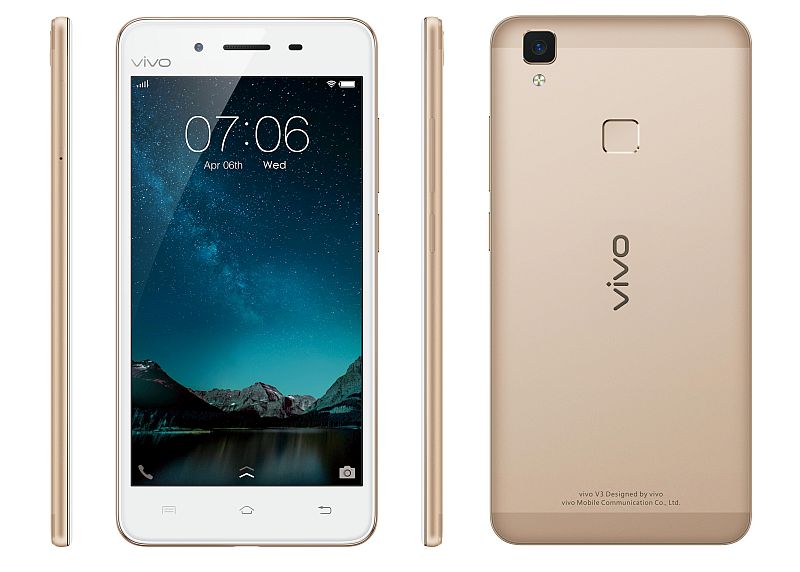 Vivo says that the price revision has been announced keeping the festival season that’s around the corner in mind.

The Vivo V3 runs the company’s Funtouch OS 2.5 based on Android 5.1 Lollipop. It features a 5-inch (720×1280 pixels) display, and is powered by an octa-core Qualcomm Snapdragon 616 SoC coupled with 3GB of RAM. The smartphone bears a 13-megapixel rear camera, and an 8-megapixel front-facing camera. It packs 32GB of inbuilt storage that’s expandable via microSD card (up to 128GB). It offers the standard connectivity features, including 4G LTE support in India and also supports VoLTE. It runs on a 2550mAh battery.

Vivo V3 was launched in India back in April alongside the Vivo V3Max. The Vivo V3Max is nearly identical to the Vivo V3, with differences in battery, display size, memory, and processor. It was priced at Rs. 23,980.

The Chinese manufacturer earlier this month launched the X7 and X7 Plus smartphones in its home country. Priced at CNY 2,498 (approximately Rs. 25,000), the Vivo X7 went on sale earlier this month while the company will reveal the pricing for the Vivo X7 Plus at the time of local release. The Vivo X7 and X7 Plus came with a lot of identical features such as unibody metal design and 16-megapixel front camera, which is also highlight of both the devices.

[“source-gadgets.ndtv”]
A Cut Gets in India Price V3 Vivo 2016-08-02
srijita
to in With for and of on India The Launched at Samsung Launch A iPhone Android Galaxy More Apple Rs New Be 7 Price Google