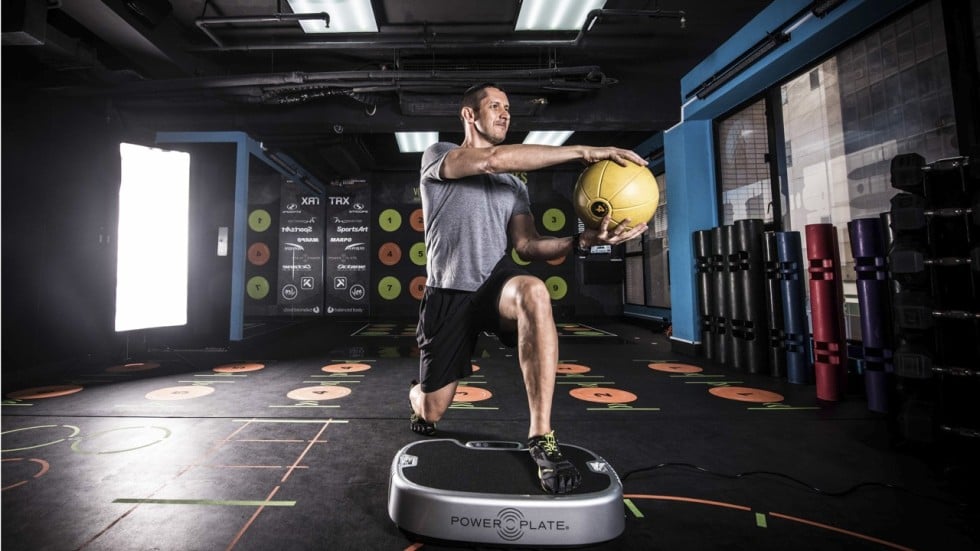 WAYNESBORO — Traditionally, when people want to make a change in their lives, they tend to think “new year, new you.” Some vow to give up a bad habit. Others join gyms or start a fitness program.

This year, it’s a local gym that’s made a change.

The Gold’s Gym in Waynesboro has become WBO Health & Fitness.

Wilson said the new name and logo — which includes a kettlebell — represents the community and the mentality of the gym.

WBO is short for Waynesboro; Health & Fitness is what they offer; a kettlebell is a tool that fits nearly every level of fitness. “We knew we had to have a kettlebell,” Wilson said with a grin. “Everyone can use a kettlebell. There are tons of things you can do with them. You can use a 10- or 20- or 50-pound kettlebell depending on what you want to achieve.”

The Wilsons owned and operated the Gold’s local franchise for nearly four years, but this year, discovered Gold’s corporate was raising their franchise fees. “They told us in August,” Wilson said. “It wasn’t a slight increase. They wanted to nearly double the fee.”

The couple knew they had to either pay the added freight and raise rates for members, shut down or branch off on their own.

“We love the Waynesboro community. We didn’t want to give up on this,” Wilson said. “It didn’t seem fair to raise the price for our members and not be able to bring in anything new. We decided the best thing for us and our members was to change the brand.”

WBO will offer the same equipment, classes, training and kids’ club program offered under the Gold’s brand. The infrared sauna will stay, as well as the tanning and cardio cinema.

Basic membership costs will remain the same at $24.99 per month.

“There are so many costs you don’t think about when you go to a gym. We even have to pay for the music that we play, since it’s not for personal use,” Wilson explained.

She said the couple will reinvest the previously budgeted franchise fees into the club to improve the facility, equipment and programs.

Since WBO is independently owned, the Wilsons will be free to expand their equipment and programs as they see fit.

Changes will gradually occur over the next several months. “We’re expanding downstairs for personal training and group training,” Wilson said.

She said there are also plans for new equipment and classes. “We are starting a TRX class,” Wilson said, which works all muscle groups by using simple body weight.

Wilson said the focus of WBO Health & Fitness is all about the health of the Waynesboro community.

[“Source-therecordherald”]
& Debuts Fitness Health: WBO 2018-02-10
Loknath Das
to in With for and of on India Launched The at Samsung Launch A iPhone Android Galaxy More Apple Rs New Be 7 Price Google