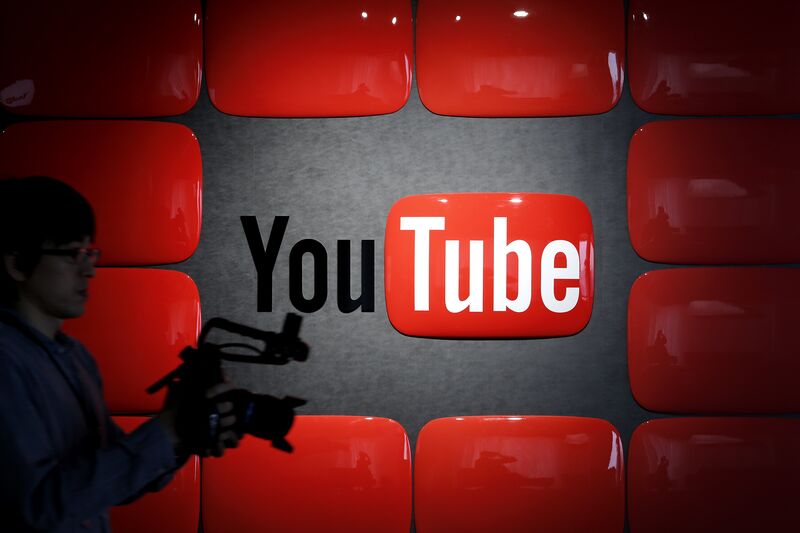 YouTube’s crackdown on inappropriate material is inadvertently depriving some creators of as much as 80 percent of their monthly sales, a blow to the very people who helped make the site the most popular place to watch video online.

The swift drop in revenue, a side effect of YouTube’s attempt to remove ads from offensive videos, has caused some users who once thrived on the site to quit posting or defect for rival sites like Amazon.com Inc.’s Twitch, according to interviews with a dozen different creators and partners. YouTube says it’s working to address users’ concerns, acknowledging in a statement that “it’s been a tough year for creators.”

The video service has built one of the largest media businesses in the world, with billions of dollars in annual revenue, by relying on relative unknowns to provide it with clips for free. The incentive for users is to build an audience and share in advertising proceeds as their viewership grows. But some creators are reconsidering as they benefit less from the symbiotic relationship.

“I’ve had to change my whole life around,” said Joe Taylor, who operates a motorcycle-focused channel called JoeGo101. Taylor’s earnings have fallen from $6,000 a month to about $1,000 a month, not enough for the 37-year-old to pay the bills. “There are so many people who can’t post as much because they had to go get jobs. They have fired thousands of people in one fell swoop.”

YouTube has been stripping advertisements from hundreds of thousands of videos — a process it’s calling de-monetization — after reports in the Wall Street Journal and other outlets revealed ads had run next to inappropriate material. One of the site’s most popular channels, PewDiePie, offended viewers and advertisers with anti-Semitic material earlier this year.

The algorithm YouTube has since developed to flag inappropriate videos is effective but imperfect, and still missed inappropriate videos with kids, spawning yet another backlash. In November, Mars Inc., Adidas AG and Deutsche Bank AG. all said they would halt advertising on YouTube.

De-monetization is supposed to assure those advertisers it’s safe to come back, but the process has also swept up all sorts of video that never should have been targeted.

“Anybody running a serious YouTube channel has seen a higher percentage of videos de-monetized and it doesn’t seem to be subsiding,” said Marc Hustvedt, the chief executive officer of Above Average, an online media company owned by “Saturday Night Live” producer Broadway Video. “Individual creators are taking the biggest hit. The swings are massive.”

YouTube has updated its guidelines, issued several blog posts and informed users they can upload videos unlisted so they get approved for ads before they are visible to the public. The company also pledged to hire 10,000 employees to address the issue of inappropriate content.

“We need an approach that does a better job determining which channels and videos should be eligible for advertising,” CEO Susan Wojcicki wrote in a blog post. “We’ve heard loud and clear from creators that we have to be more accurate when it comes to reviewing content, so we don’t de-monetize videos (apply a ‘yellow icon’) by mistake.”

Despite the new challenges, YouTube channels making six figures or more in revenue are up 40 percent over last year, according to the company. Creators also have new ways to make money through subscriptions, sponsorships and other tools, YouTube said.

For every YouTuber who hit it big and now makes money selling books, make-up or TV shows, there are dozens more creators who eke out a living advertisement by advertisement. Taylor began his career on YouTube by posting a video from his commute to work every week. After nine months, his most popular upload had been viewed about 3,000 times — nothing special. He never dreamed recording his motorcycle rides would become a career until a cop pulled him over.

Taylor’s camera recorded the episode, and the video, “Pulled Over by the Coolest COP EVER!!!” has received about 15 million views. (The police officer let Taylor go without citing him for speeding.) Taylor’s videos started getting shared on YouTube and Instagram, and the following for his channel grew to more than 750,000.

His earnings ballooned, and people reached out wanting to ride with him. Then ad-pocalypse started. Almost every video Taylor posted started getting flagged as unsafe for advertisers, for reasons that were unclear to him. Some of his videos contain swear words, but he usually bleeps them.

Every clip but one became unrestricted after he petitioned, but the damage was done. Many videos receive the bulk of their viewership in the first day or two. “I tried to ride it out for like six months. And it got worse,” he said. Taylor had to take a job driving a dump truck, and is now thinking about going into real estate.

Other creators say their earnings haven’t been affected, but they’re still frustrated by YouTube’s lack of transparency and communications. The company has yet to share a set of standards of what’s acceptable for advertisers.

“The thing that sucks is YouTube doesn’t tell you why it was de-monetized,” said Sam Sheffer, a 27-year-old whose career as a YouTuber began just a few months ago. “They link you to some arbitrary set of rules, and you have no idea why you were de-monetized other than the fact that you are.”

YouTube employs managers to communicate with its creators and partners, but that’s a tall order since there are so many.

Other creators say YouTube is just as committed to them as ever, and that the only people suffering are those who have a history of posting material with curse words or violence. As the company seeks bigger deals with advertisers, it is only natural that some of the sophomoric comedy fades away.

“Hopefully we get a cleaner and safer YouTube, and that extends beyond kids and families,” said Chris Williams, chief executive officer of Pocket.watch, a kids’ media company. “Long-term, this will benefit everyone, including brands and advertisers.”

YouTube has to balance the needs of creators, advertisers and fans, Wojcicki said on the blog.

“Each of these groups is essential to YouTube’s creative ecosystem — none can thrive on YouTube without the other,” she said. “All three deserve our best efforts.”