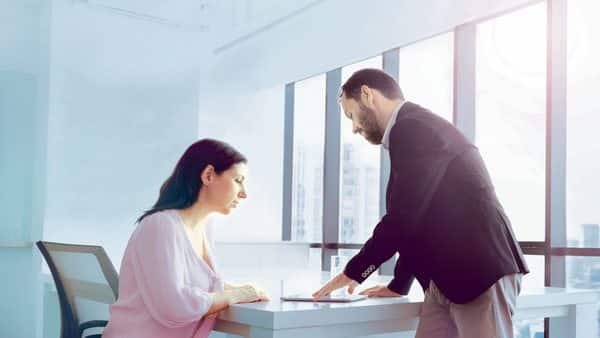 Success or failure during the first few months is a strong predictor of the overall success or failure in the job, says Michael Watkins, author of the bestseller The First 90 Days. The first few months in a new role or organization are critical as stakeholders scrutinize and evaluate, try to figure you out in terms of your personality, approach, leadership style and the value that you bring to the table. People are quick to gather impressions, form opinions and make judgements, which may be hard to change or dispel later. Hence, it is important to plan, strategize and tread with great care in order to get off to a flying start. But how do you make a successful transition?

A shift in perspective is imperative with any change in role—from a micro to a big picture mindset in case of promotions, or a greater appreciation of another part of the business in case of a lateral shift. The higher you are in the hierarchy, the greater the need for this shift. “Since one is often propelled into a new role by virtue of past success and experience, people tend to use the tried and tested ways of working in the new roles that they take on. It is hard to break existing patterns and recognize the need to bring in fresh perspectives with concomitant skills and competencies,” says Mohinish Sinha, partner at Deloitte India, a business consultancy firm. It is important, therefore, to consciously broaden one’s perspective.

In addition to the technical and functional expertise, it is important to understand the context of the role in terms of business, organizational culture and stakeholders. Atul Roongta, chief financial officer of National Commodity and Derivatives Exchange Ltd (NCDEX), an online commodity bourse, says understanding the business and the industry is a prerequisite. He has found value in investing time and effort in gaining industry knowledge every time he joined a new industry—life insurance, asset management, commodity exchange—during the course of his career. This has paid rich dividends for him in terms of enhancing his ability to perceive opportunities and threats, understand and appreciate stakeholder perspective, and make appropriate strategic business decisions.

Understanding the organization’s underlying values and beliefs that shape its culture in terms of how people interact and behave, and what works and what doesn’t, is crucial for success. “The need to adapt to the written and the unwritten rules of engagement of an organization or a team is imperative to garner stakeholder support. Any transgression in this space could spell trouble,” says Shailendra Kothavale, chief risk and compliance officer at a leading financial services company.

Connect with your boss

It would be useful to invest time in understanding your boss’s personality—whether he is a visionary, big picture person or more micro in approach, the way he would like to be communicated with, and an insight into his priorities, perspective, hot buttons and leadership and conflict resolution styles would help build rapport and lay the grounds for a smooth relationship.

“Building a rapport, establishing robust communication lines and understanding and adapting to the personality of your stakeholders is vital,” says M. Thenmozhi, director at National Institute of Securities Markets, an educational initiative of the Securities and Exchange Board of India.

Roongta adds, “Engage with your boss to garner clarity on your role and key result areas. Solicit mentorship and support and request for introductions to the key people in the ecosystem to build your network.”

According to Thenmozhi, while it is critical for you to understand your team with respect to their strengths, weaknesses, aspirations and interpersonal dynamics, it is just as important for your team to understand your perspective and vision for the organization. She found value in strategically rotating people across departments to enable them to get a broader view of the system and engage with their colleagues in different roles and functions with greater empathy. Thenmozhi also sought to strengthen her team by injecting fresh perspective through lateral hiring.

Don’t be so involved in managing that you forget your peers. Build allies laterally; this will hold you in good stead when you need support for an important project. Roongta of NCDEX acknowledges the merit of the advice that he got from his CEO during his early days in a new organization. He was told he would be better off investing time understanding the ecosystem in the first few months—meeting customers, employees, suppliers and regulators—rather than trying to get into the nitty-gritty of the daily role.

Working closely with your predecessors is a great idea for transitioning into a new role, says Roongta. He had taken over the roles of two people in his current job—one who was retiring and the other who was holding the portfolio temporarily—and he was fortunate to have the opportunity to shadow both during the first few months.

Be strategic in picking up projects, and pick those that will build equity for yourself and your team. Kothavale remembers his first project, which successfully turned around an area that required immediate improvement. This had won him and his team widespread acclaim, and had gone a long way in energizing and building confidence in the team. “Don’t spread yourself thin by trying too many things in the first six months. Try and secure some quick wins to establish your credibility,” he says.

Don’t rush to bring in change

“Don’t think that you have to put your stamp on everything that comes your way. Just because something worked elsewhere does not mean that it will necessarily work in the current scenario,” says Kothavale. It is important to resist the temptation to superimpose the model of your previous success into the current job. It is essential to contextualize it.

“However, if something needs to change then be decisive and don’t procrastinate,” says Roongta. He found early during his tenure with one of the organizations that costs were ballooning without a commensurate growth in revenue. Right-sizing seemed the best way to move ahead in this scenario. While not an easy decision, it helped sustain the business in the long run.

Getting into a new role presents wide ranging challenges that can potentially jeopardize one’s success, but these can be transcended with the right mindset and strategy to get a head start for a successful career.

Charu Sabnavis is a coach, an organizational development facilitator and founder director of Delta Learning.