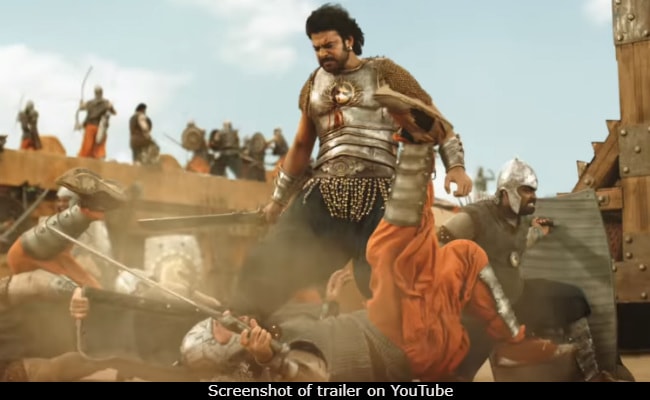 “Baahubali 2‘s the kind of film that reminds us why we love going to the movies,” writes Rotten Tomatoes, which has included the Indian blockbuster in its list of Best Movies Off The Radar 2017. On the official page of Rotten Tomatoes, the category is best explained this way: “A selection of 12 staff favorites that might not have played at your local multiplex.” Well, 2017 has really been the year of Baahubali 2 – the movie proved that simply topping box office scorecards is passe. Baahubali 2 topped Google India’s search trends and was also the top Twitter trend in 2017. On television, it also set a record as the most viewed Hindi film premiere.

Baahubali 2 shares the list with 11 other films, out of which only Mommy Dead And Dearestand The Farthest have scored a 100 per cent on the Tomatometer. The list also includes thrillers American Fable and Norman, fantasy dramas Colossal, Psychonauts, The Forgotten Children and Thelma, a romance named Columbus, horror film Mayhem and documentaries Kedi and The Farthest.

According to Rotten Tomatoes, Baahubali 2 has also scored 100 per cent on the Tomatometer. S S Rajamouli’s two-piece epic drama – Baahubali: The Beginning and Baahubali: The Conclusion – was released by Karan Johar’s Dharma Productions in Hindi. The films also released in Tamil, Malayalam and English – the first one arrived in July 2015 while the concluding part arrived in theatres in April 2017.

For the international audience, the Team of Rotten Tomatoes have reviewed the movie in a Hollywood-friendly jargon and we can’t disagree. “Baahubali 2: The Conclusion plays like a shotgun wedding between Ben Hur and Kung Fu Hustle, seasoned with bits of Shakespeare, Kurosawa, and Buster Keaton. In other words, it’s a blockbuster that’s both gigantic and lighter than air.”
Back home, Baahubali 2 redefined box office history right after releasing on April 28 – it made Rs. 100 crore on opening day, raked in Rs. 300 crores in the first weekend and made headlines with Rs. 1,800 crore as its worldwide collections. And in doing all these, it became the first Indian film to have reached the ambitious mark. Crazy!

The Baahubali series of films casts south stars Anushka Shetty, Tamannaah Bhatia and Sathyaraj in significant roles and made superstars out of Prabhas and Rana Daggubati.