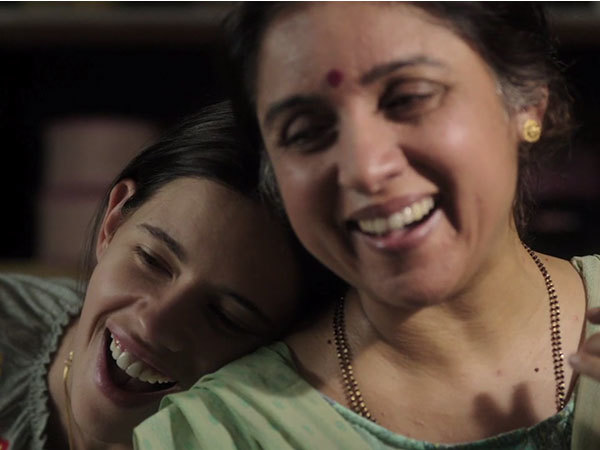 It may come as a schock, but here’s how parents should handle the situation
For 62-year-old Nandini Ramnath, an e-mail from her son settled in the US three years ago came as a huge shock. He had confessed that he was attracted to men. As he was tired of hiding his fact, he finally decided to come out in the open. “He had fallen in love with his colleague, and wanted to settle down with him. We were not in support of it, but he went ahead and got married legally last year. Though we haven’t come to terms yet — partly because we live in a society that is yet to accept same sex relationships — we are happy that our son is happy,” says Nandini, a senior bank manager.
Accepting that their son/daughter is an LGBT (Lesbian, Gay, Bisexual or Transgender) is difficult for parents universally. Dr Dileep Dubey, a psychologist, says, “One of the first emotions that hits you is grief. You are shocked that this could happen with you, and if you are extremely close to your child, this can be a difficult phase. Once you process the depth of the situation, you feel guilty and wonder if any of your actions could have been responsible for making them ‘abnormal’. Then, you slowly try to influence their orientation by getting them to meet people of the opposite sex or taking them to a counsellor. But, once you come to terms with the admission and understand that your kids have every right to choose their way of life, it should be easy to support them and be their pillar of strength.”
If your child comes out clean to you, here are some things to keep in mind…
Listen
It’s extremely difficult for children to admit to their parents about their orientation. So, when they do, listen to them first. Eesha Mehrotra, a volunteer with an NGO that supports the transgender community, says, “Hear what your son/daughter has to say. Of course, you will need time to process it, but you must understand that it’s not easy for them either. They are probably still confused about their sexual identity. So, showing your anger or trying to use physical force to make them understand will not work.”

Ask questions
Firstly, tell them you are happy and proud that they trusted you enough to tell you. Dr Deepak says, “There’s a lot of difference between being gay, lesbian or bisexual. The same goes with transgender and transvestite. So, ask questions to understand them better. Read up about the LGBT community.”
Tell them you love them
Walking away or being judgmental will not help. Your kid deserves to know what you honestly think about their admission, and the moments between their confession and your reaction are crucial in breaking or making your relationship. Bhavna Shankar, an LGBT activist, says, “It’s very important for them to hear that you love them and will always be by their side. Your son/daughter wants your approval and also the reassurance that you will not abandon them.”
Seek help
Instead of fretting to yourself, talk to a friend or relative who is open-minded and trustworthy. Pouring out your heart to them will help you feel lighter, and they can also help you correct some of your preconceived notions about the LGBT community. Eesha adds, “You can even approach therapists or those who work closely with the community. Experts will be more aware of their lifestyles and can explain the same to parents in a better way. It’s also helpful if you can meet with friends and families of other LGBT members who’ve been through the same.” Bhavna points out, “Many parents believe that bisexuals or homosexuals are unfaithful to their partners, more prone to STDs and generally feel lonely. So, raise your concerns with experts and clear up your misconceptions.”

Remember
Your child’s sexuality is not your fault. So, stop blaming yourself.
It’s alright to express your emotions — anger, grief, desperation — to your son/daughter, but do this only to let out steam. Both of you need each other’s love and support.
Do not try to force your child to marry or change their orientation. Bhavna says, “Getting a homosexual married and forcing him/her to have children will not change what they are. In this process, you are only ruining the life of your son/daughter and their spouse.”
Make your son/daughter comfortable by
Telling them you understand how difficult it must have been for them to come out of the closet and praise them for their courage.
Speaking encouragingly to them. If they are dealing with rejection and low self-esteem, become their confidante.

In the recent past, Bollywood has handled the subject of homosexuality in a sensitive manner. For instance, Revathy’s character in ‘Margarita With A Straw’ is taken aback when her daughter, played by Kalki Koechlin, confesses that she is a bisexual, but soon comes to terms with it. Similarly, Ratna Pathak Shah, who played Fawad Khan’s mother in ‘Kapoor & Sons’, is shocked when she learns that he is gay. She stops talking to him, but soon makes peace with it.