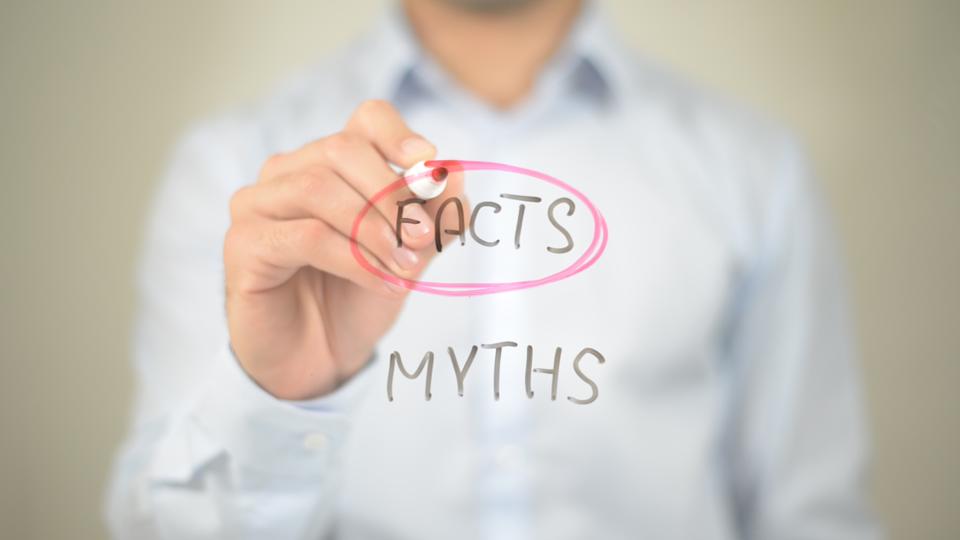 To digital media marketing proponents, it sounds like a sacrilegious statement, but it’s true — and a significant amount of online media marketing can be a colossal waste of money. The widespread belief that web and social media ads are giving a higher ROI than the “old-fashioned” TV, press, and radio advertising is a costly myth. The myth hinges on the belief that the more precise targeting achieved by digital advertising not only eliminates the waste bedeviling traditional advertising but justifies replacing most of it.

That same myth persists because many people think that, apart from the media used, both online and traditional advertising are fundamentally the same thing. They’re not. Effective TV advertising can move the viewer emotionally, creating a subtle association between that emotion and a brand. And those consumers are primed to buy and convert at nearly 8-15%. Radio and even press advertising can do the same, though never as profoundly as TV. Online advertising may try to achieve a similar result, but outside of harnessing a serious viral content win and commanding a reputable following, online ads will continue to fall short when it comes to an ROI expectation.Online advertising can’t use subtlety because it competes for attention with the rest of the page and has only a fraction of a second to attract and hold the viewer’s attention. So it must use a hard sell approach. Usually, it irritates because it distracts attention from the content the viewer wants to see, so the viewer quickly scrolls past it. Not surprisingly, online advertising often creates a negative emotional impression of the brand.

Of course, TV or radio advertising can be irritating too since it interrupts a program. However, when an advertisement is well crafted, it gives pleasure and arouses positive emotions, viewers or listeners usually don’t mind the short interruption. Indeed, viewers often look forward to TV advertisements that amuse them or make them feel good. Those kinds of ads implant a positive image of a brand in the viewer’s mind. It’s the brand’s goal to make the customer feel positively disposed to the product so that when that final call-to-action close happens, the customer immediately wants to take action and purchase.

The Need to Marry Traditional with Modern

Online advertising plays a valuable role, but entirely different one, to that of TV or radio advertising. It works best when it targets readers who need a product or service right away and, because it is good at targeting them, it avoids wasting resources. For many products or services, it is more cost-effective than traditional advertising. If someone needs a plumber, or a toner cartridge, an advertisement on Google, for example, is likely to be more effective and vastly less expensive than an advertisement on TV or radio. The secret, however, is not about choosing one channel over the other, but rather leveraging both to create a level of continuity that is necessary for your brand to compete.  The truth is that to reach most customers and entice them to buy, both online and traditional advertising are essential. Brands who do that truth will be doing so at their peril.

Back in 2010, Pepsi learned the hard way. For the first time in 23 years, the company gave up its usual TV slot during the Super Bowl to concentrate its marketing efforts and money on a social media campaign called the “Pepsi Refresh Project.” The campaign attracted thousands of Twitter followers and elicited millions of Facebook “likes.” As a social media campaign, it was a big success. As a way of selling more Pepsi, however, it was a failure. Over the period of the campaign, Pepsi’s market share dropped by roughly 5%. Where the social metrics were a hit, the grave mistake was to ignore the TV spot.

In an era where effective omnichannel marketing is more important than ever, brands can’t afford to make the mistake of taking a selective or fractured approach to reaching their customers based on where they think they need to reallocate their marketing spend — they need to leverage all channels in tandem.

Embracing the Shift — Experts Weighing in

Gerald Bagg, co-chair of Quigley-Simpson, a full-service integrated agency, weighed in on the dramatic shift in television.

Television as we knew it, as recently as a few years ago, has changed dramatically and will continue to do so as we move into a more digital environment. Millennials still consume TV but generally not on a big screen. Viewers will shift their watching from cable to broadband, and mobile devices and social platforms will drive video usage even more. The one area where classic TV will still thrive is in live programming – sports and cable news – where DVR usage and time shifting are hardly relevant. Live programming is not skippable, and commercials are watched almost as if it were the good old days with no recording devices. Live TV is still a big opportunity for the advertiser to promote a brand or message. You are virtually guaranteed to be seen because you are not being skipped.”

One of the strongest organizations that champion omnichannel effectiveness is none other than the Electronic Retail Association (ERA). ERA Chair and recent recipient of the 2017 Global Indian Icon Award, Poonam Khubani, is a direct-response thought leader and sees first-hand the shift that’s happening in the industry.

The direct-response shift is undoubtedly a consistent topic between our members — we empathize with how terrifying it can seem, but we aren’t afraid of it. We know how to effectively navigate in parallel with that shift.”

The ERA is hosting their Direct to Consumer (D2C) Convention at the Wynn Las Vegas Hotel October 2-5, 2017 will bring together thought-leaders and direct-response veterans from around the globe will discuss topics at hand facing their industry and how to effectively win as a brand in today’s modern era.

Tom is a serial e-commerce entrepreneur passionate about the creation + delivery of transformative digital experiences at scale. Connect with him on LinkedIn or follow him on Twitter.

[“Source-forbes”]
Advertising Channels Count Debunking Don't Embrace Myths: Out Them Traditional 2017-09-23
Loknath Das
to in With for and of on India The Launched at Samsung Launch A iPhone Android Galaxy More Apple Rs New Be 7 Price Google