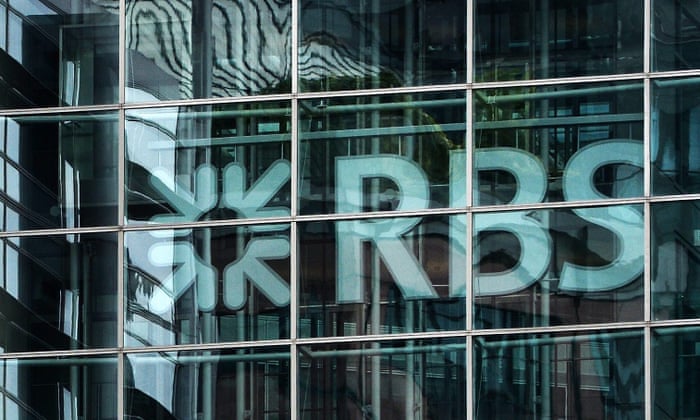 The RBS logo hangs behind glass at the bank’s headquarters in London. Photograph: Andy Rain/EPA

The Financial Conduct Authority is considering whether it can take action against Royal Bank of Scotland over the way it treated its small business customers in the five years after the 2008 banking crisis.

Publishing a summary of a report it commissioned on the bank’s controversial global restructuring group (GRG), the FCA said lending to small businesses and other companies was largely unregulated.

But Andrew Bailey, chief executive of the FCA, said the regulator was investigatingmattersarising from the report and focusing on whether there was “any basis for further action within our powers”.

The FCA has been under intense political pressure in recent weeks to publish the full “skilled persons” report, known as section 116, which was commissioned from a specialist consultancy called Promontory.

The consultants were appointed in 2014 after Lawrence Tomlinson, a businessman who was an adviser to the then business secretary Sir Vince Cable, compiled a dossier alleging the bank deliberately wrecked small businesses to make profits.

The FCA had begun a general investigation last November but said its work was now “more focused”. It also said it had been looking at what “RBS management actually knew or ought to have known”.

The section 116 report, according to the summary, found “instances of inappropriate treatment” towards 92% of the viable businesses that were part of the review, for which RBS handed over nearly 1.5m pages of information and 270,000 emails.

It identified nine areas of “widespread inappropriate” treatment including failing to comply with its own policies about transferring business to the GRG division and failing to support troubled businesses in a way that met industry good practice.

But Ross McEwan, chief executive of RBS, said the most serious allegations against the bank had not been upheld. The report found that “almost all customers who entered GRG were already exhibiting clear signs of financial difficulty”.

McEwan did not work for RBS at the time of GRG’s alleged wrongdoing but said: “We have acknowledged for some time that mistakes were made and have apologised that we did not always provide the level of service and understanding we should have done for these customers in the aftermath of the financial crisis.”

McEwan said some of the individuals employed by GRG continued to work at the bank, and that the bank and individuals could be the subject of investigations by the FCA.

RBS put aside £400m to compensate small business customers last November, but the controversy has continued because Bailey has insisted the FCA will not publish the report in full. Bailey maintained that view as the interim report was published.

The Treasury select committee has appointed a QC to compare the summary report with the full document. Nicky Morgan, the Conservative MP who chairs the committee, said the lawyer would report back to the MPs this week. “It has taken the FCA too long to publish its summary of the skilled persons’ report,” she said.

The FCA report makes no mention of criminality, and the regulator refused to say whether it had made any reference to police forces around the UK. Last week Police Scotland said it was looking into reports it had received about the bank’s treatment of small businesses.

Bailey said the FCA had received many requests for help from small businesses and heard some “very sad stories”. He said the FCA was looking at whether the Financial Ombudsman Service, which considers complaints from individuals,was able to handle small business customers too.