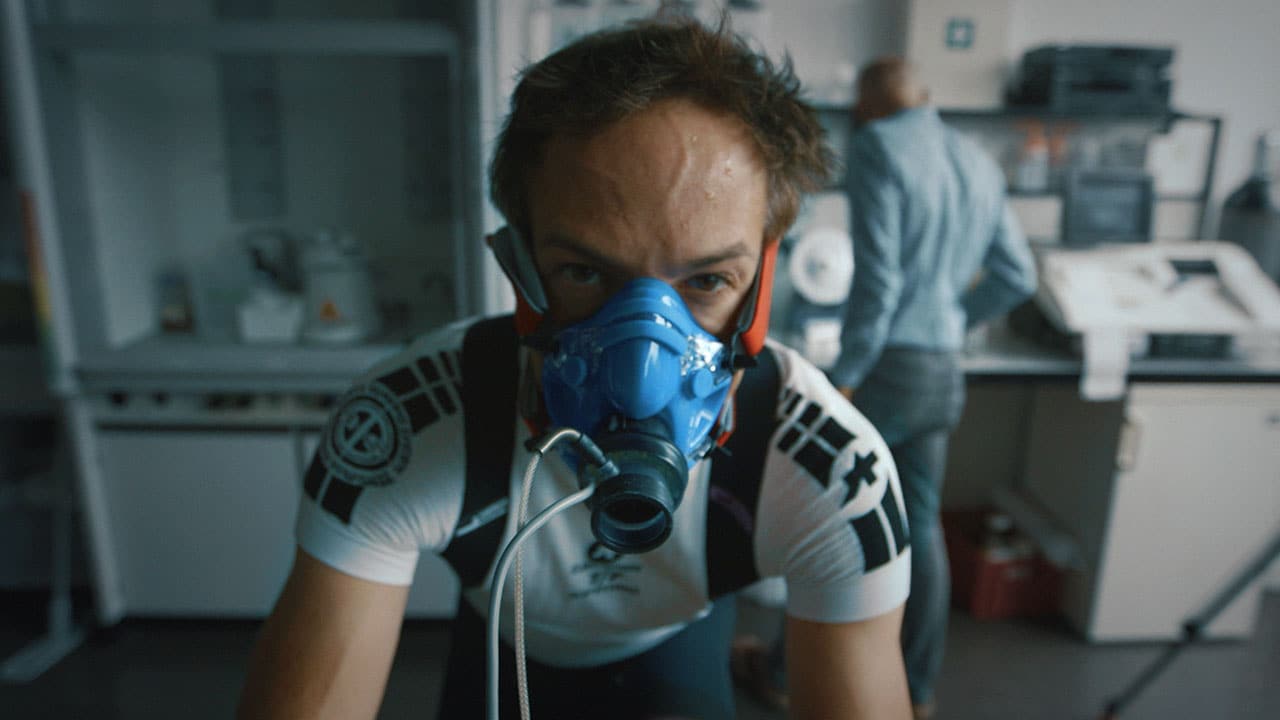 Over the weekend, we got a trailer for a Wes Anderson-produced documentary about the Blade Runner writer Hampton Fancher, who went from being a flamenco dancer to writing one of the most iconic sci-fi films of all time. Fancher is also involved in the upcoming Denis Villeneuve-directed sequel Blade Runner 2049. The doc is called Escapes, and it’s out in certain countries in August.

Bryan Fuller’s departure from Star Trek: Discovery was believed to be due to his involvement with American Gods. In an interview with EW on Monday however, Fuller revealed that his original pitch was for an anthology series, which will allow it to explore the Trek universe in a way like never before. CBS vetoed that idea, and though Fuller compromised, other clashes eventually led to him leaving. He added he’s still happy to see a black woman (Sonequa Martin-Green) and an Asian woman (Michelle Yeoh) as the leads. Discovery premieres September 24.

After making a few short films available for free, Neill Blomkamp has found his next feature project. He’s adapting Tom Sweterlitsch’s sci-fi thriller The Gone World, which has been described as “Inception meets True Detective”. The book has yet to be released – it has a publish date of February 6, 2018 – but Blomkamp has been in talks since 2015, and the film could release sometime next year.

ALSO SEEAmerican Gods and The Handmaid’s Tale Are Different, Yet Similar

The first season of The Handmaid’s Tale broadened the scope of Margaret Atwood’s book in multiple ways, and star Elisabeth Moss confirmed as much for the show’s second season, at a TCA panel on Monday. “In the same way we did in season one, it really explores things in a way that, as a reader, you wanted the book to but it’s only one novel so what are you going to do?” she said. “It kind of goes places that as a fan of the book, I want it to go.”

Five films in, the Transformers franchise doesn’t show any signs of letting up, with a Bumblebee spin-off scheduled for next year. And now, the movie has brought John Cena on board in a lead role, who joins Hailee Steinfeld as a protagonist. The untitled Bumblebee film rolls in December 21, 2018.

ALSO SEETransformers: The Last Knight Is Another Incoherent Mess From Michael Bay

Marvel announced on Tuesday that Ant-Man and the Wasp, the sequel to 2015’s Ant-Man, began production this week. It will bring back Paul Rudd and Evangeline Lilly as the titular characters, alongside Michael Douglas, Judy Greer, and Michael Peña. New cast members include Laurence Fishburne as the villain Goliath, Randall Park, Hannah John-Kamen, and Walton Goggins. Ant-Man and the Wasp will release July 6, 2018, two months after Avengers: Infinity War.

With pre-production underway on Star Wars: Episode IX, Disney has hired a new screenwriter, Jack Thorne – who has worked on multiple British productions including the play Harry Potter and the Cursed Child – to bring a “fresh set of eyes” to the work done by the existing team of director-writer Colin Trevorrow, and Derek Connolly. Episode IX is scheduled for release on May 24, 2019.

That’s all the entertainment news for this week. Welcome back to The Weekend Chill, your one-stop destination for what to watch, play, or listen to this weekend. Here are the best picks:

TV:
Comrade Detective
Amazon’s new comedy – which isn’t unfortunately available in India yet – is a Romanian police drama set in the 1980s at the height of the Cold War, which presents itself as a lost piece of Soviet pro-communist propaganda, now being remodelled for Western audiences. Hence, at the start of every episode, Channing Tatum and Jon Ronson affectionately talk about Comrade Detective as a long-lost TV classic.

The story, over just six episodes, follows Gregor Anghel (Florin Piersic Jr. on-screen and Tatum in voice-over) and Iosef Baciu (Corneliu Ulici, voiced by Joseph-Gordon Levitt), two members of the Bucharest PD as they investigate the murder of fellow officer Nikita Ionesco. From there, the show throws them into the mirror version of US’ idea of USSR, be it hamburgers, Cowboy hats, or even Monopoly.

Tatum revealed in an interview that the show came about after he asked creators Brian Gatewood and Alessandro Tanaka to give him one of their bad ideas. They even wanted to use one of the real Soviet propaganda shows, but couldn’t find one that would allow them to do so, which is why they ended up making their own.

The Sinner
Based on Petra Hammesfahr’s novel of the same name, The Sinner follows a young mother named Cora Tannetti (Jessica Biel), who, while strolling on a beach on a sunny day, inexplicably commits a violent crime against a stranger in front of hundreds of witnesses. The show isn’t a whodunit murder mystery – Cora confesses to detectives Harry Ambrose (Bill Pullman) and Dan Leroy (Dohn Norwood) immediately – but rather a ‘whydunit’, more interested in psychology than the gore.

It’s through Ambrose’s eyes that The Sinner attempts to uncover Cora’s psyche and the violent secrets of her past, including being raised up by religious zealots. The parallel story line focuses on Pullman’s character, and the sadomasochistic relationship he has with a waitress. Critics who have seen the first few episodes say the second subplot is richer, since it has more perspectives.

The Sinner premiered earlier this week, and will have a total of eight episodes. It’s an anthology show, which means storylines and cast will reset every year, so there’s less commitment on your part.

Movies:
Icarus
Icarus began as a documentary about doping in sports. Bryan Fogel, the director and an amateur cyclist, wished to see how easy it was to evade tests after watching an interview of Lance Armstrong. To help him do so, he found a Russian scientist named Grigory Rodchenkov, who was willing to side-step WADA regulations even for an amateur.

But the story shifted after a WADA report blew the lid on Russia’s state-sponsored anti-doping programme, which was headed by Rodchenkov and whose knowledge went straight to the highest levels of the Russian government, including President Vladimir Putin. After Russia tried to pin everything on Rodchenkov, Fogel found himself trying to protect the whistleblower.

Icarus is a collection of those events, which Fogel has described as evidence of how far Russia will go to cover up its involvement, and assert its power. It was well-received at its Sundance premiere in January, picked up the US Documentary Special Jury Award, and was brought by Netflix in a $5-million (Rs. 32 crores) deal that’s one of the biggest ever for a documentary.

How to access: Netflix
Time commitment: 2 hours and 1 minute

Harry Potter film franchise
The kind of property that needs no introduction, JK Rowling’s two-decade-old creation continues to maintain a strong following, thanks to the charm of its central trio – the characters and the actors – the world she envisioned, and the relatable and powerful nature of its core drama: a boy against an all-powerful evil. It’s what helped the franchise gross $7.7 billion (about Rs. 49,000 crores) during its theatrical run, and countless billion others in merchandising, theme parks, and beyond.

If you’re the Harry Potter fan who regularly quotes lines to your friends, you probably already own a boxset of all eight films. (Of course, that depends on how you feel about them in the first place, since opinion is divided on a few.) But not everyone is either so dedicated, or so willing to splurge on such a luxury. In that case, you can now gladly catch Harry’s full journey on Amazon’s streaming service in India, from arriving at the Dursley’s doorstep to vanquishing Voldemort.

It won’t give you access to the special features, cast interviews and commentary, and deleted scenes, but it’s tough to complain when it’s offered as part of Amazon Prime. The only trouble is working out how to watch it on the big screen in the living room.

Other mentions:
If you’re looking for more streaming options, you should check out our Netflix guide for August, which includes the likes of The Matrix, Voltron Season 3, and Wet Hot American Summer: Ten Years Later, among many of other additions this week.

Video games:
Tacoma
Four years after winning a BAFTA for its debut game – Gone Home – developer Fullbright is back with another interactive exploration title in Tacoma. Only this time it’s set in space, in the year 2088. In Tacoma, you play as Amy Ferrier, a contractor tasked with retrieving the ship’s artificial intelligence – Odin – after an incident aboard the high-tech space station.

The AI is capable of making three-dimensional digital recordings, which you can access to learn about the crew’s lives, and how they worked. It’s also how you’ll find clues that Fullbright promises will “add up to a gripping story of trust, fear, and resolve in the face of disaster”. In an interview with Gadgets 360, co-founder Steve Gaynor said the story has been inspired by the likes of Alien, and The Wire.

Playing our way through it – which lasted about two hours – we felt traces of other dystopian futures too, including Blade Runner and Minority Report. Tacoma’s highlights include a promising universe, great story, and well-written and diverse characters.

How to access: Xbox One, or Steam for Windows PCs
Time commitment: 2-4 hours

[“Source-gadgets.ndtv”]
and Chill Harry Icarus More Potter Tacoma The Weekend – 2017-08-18
Loknath Das
to in With for and of on India Launched The at Samsung Launch A iPhone Android Galaxy More Apple Rs New Be 7 Price Google