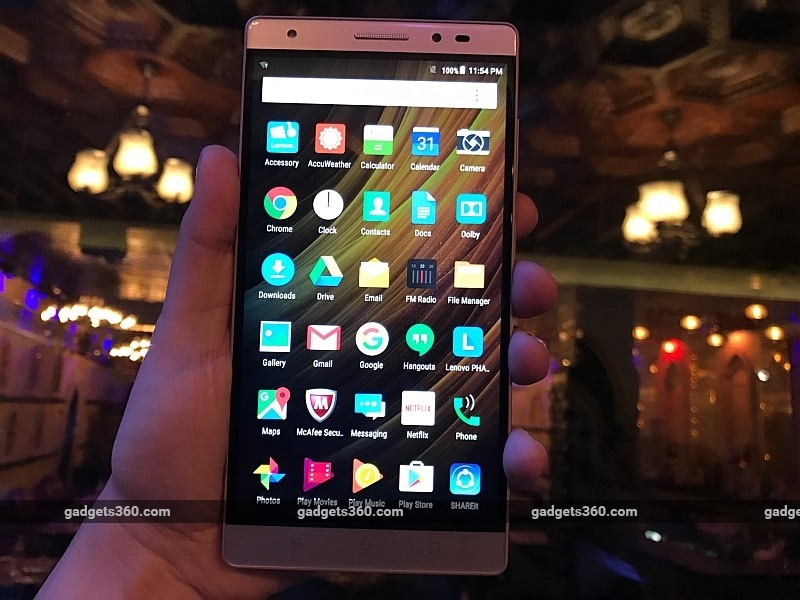 Lenovo has launched the Phab 2 Plus in India. The smartphone, which has been priced at Rs. 14,999, will go on sale via Amazon India from 1pm IST on Tuesday itself in Champagne Gold and Gunmetal Grey colours.

The highlight of the Phab 2 Plus is its large 6.4-inch full-HD (1080×1920 pixels) 2.5D curved glass display, the dual 13-megapixel camera setup on the rear, and, the 4050mAh battery. The smartphone also bears a fingerprint sensor on the rear panel, and supports 4G VoLTE in India.

The dual-SIM (Micro-SIM) Lenovo Phab 2 Plus runs Android 6.0 Marshmallow with the company’s Vibe UI skin on top, and is powered by a 1.3GHz octa-core MediaTek MT8783 SoC coupled with 3GB of RAM. The smartphone offers 32GB of inbuilt storage that can be further expanded via microSD card (up to 128GB) in a hybrid dual-SIM configuration.
Coming to the dual rear camera setup – the Phab 2 Plus bears two 13-megapixel cameras on the rear panel with and 1.34-micron pixels, powered by Fujitsu Milbeaut image signal processor. The rear setup is coupled with dual-LED Flash, PDAF, laser autofocus, and an f/2.0 aperture. The smartphone bears an 8-megapixel front camera with an f/2.2 aperture and 1.4-micron pixels.

The Phab 2 Plus offers 4G LTE (with support for Indian bands), Wi-Fi 802.11ac, Bluetooth 4.0, and GPS connectivity options, packs a 4050mAh battery, measures 174x88x5.5mm, and weighs in at 218 grams. Sensors on board include accelerometer, ambient light sensor, gyroscope, proximity sensor, and magnetometer.
[“source-ndtv”]