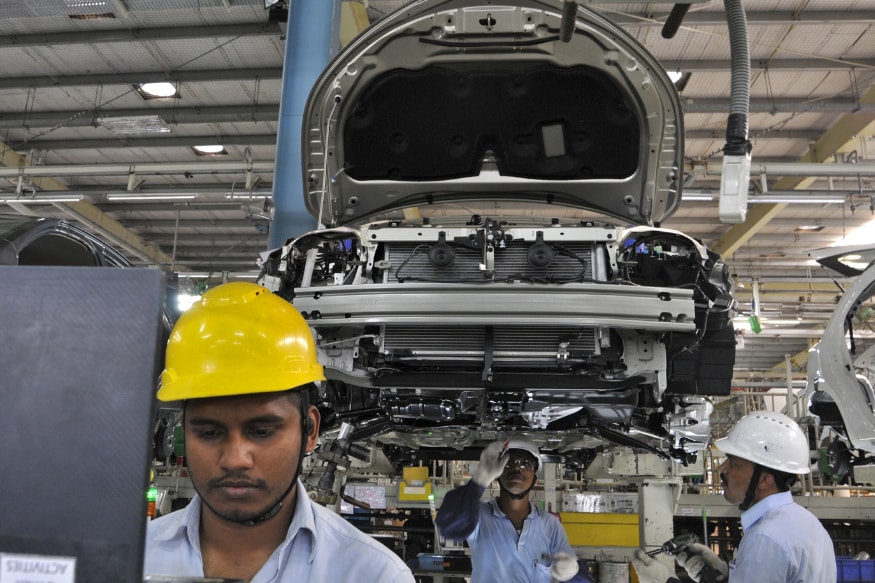 After denting the auto sector’s profitability, the consumption slowdown along with the upcoming shift to BS-VI standards will further decelerate production, leading to eventual job losses. Industry insiders point out that slowdown, which is a culmination of high GST tax rates, farm distress, stagnant wages, and liquidity constraints, has led to the month-on-month sales de-growth. Besides, inventory pile-up at the dealership level and stock management of the unsold BS-IV vehicles has become a problem for the sector.

According to Grant Thornton India Partner Sridhar V., a further reduction in production due to the continuing de-growth in sales of passenger vehicles can be expected. “OEMs are exploring avenues to minimize cost at an operational level by deferring and tightening the spending rate,” Sridhar V. told IANS. “They also at times resort to production cuts to tide over this difficult phase.”

“Production cuts may provide some short-term relief to dealers, it negatively affects the entire auto supply chain, OEMs, component suppliers, and dealers. Volume growth of components dependent on OEMs will be affected in the first half.” Recently, all major OEMs consisting of passenger, commercial, two and three-wheeler manufacturers have reported a massive decline in domestic sales.

Figures from the Society of Indian Automobile Manufacturers (SIAM) showed that domestic passenger car sales in June went down by 24.07 percent to 139,628 units. The July figures are awaited. In the commercial vehicle segment, domestic sales were down by 12.27 percent to 70,771 units last month.

The overall sales of two-wheelers, which include scooters, motorcycles, and mopeds, edged lower by 11.69 percent to 1,649,477 units. In all, the total sales of the Indian automobile sector declined by 12.34 percent during June 2019 to 1,997,952 units across segments and categories. Consequently, sales slowdown led to the curtailment of manufacturing with the domestic passenger cars’ production coming down by 22.26 percent to 169,594 units from 218,167 units.

Similarly, commercial vehicle production was down by 23.39 percent to 69,496 units last month. Overall two-wheelers’ production edged lower by 11.70 percent to 1,915,195 units. The total production of the Indian automobile sector declined by 12.98 percent during June 2019 to 2,336,138 units across segments and categories.

“Tight control on production volumes will continue. Beyond the upcoming festive season when OEMs would expect to have sufficient volume in the channel, they would want to keep production volume output in check,” said Rahul Mishra, Principal, A.T. Kearney. “Volume liquidation pressures due to BS-VI and the sluggish demand will not revive production output drastically for the next few months.”