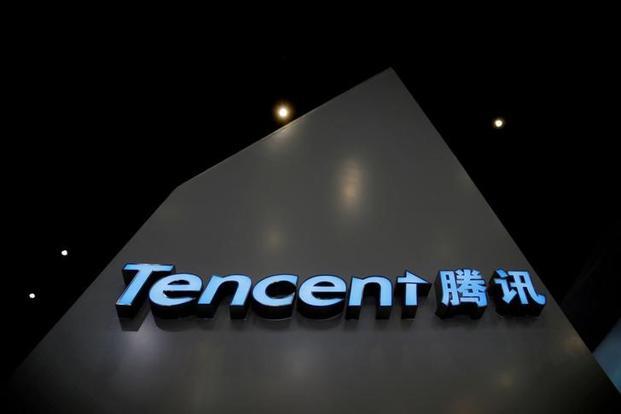 Hong Kong/Shanghai: Tencent Holdings Ltd’s rise into a $500 billion company was fuelled by a culture of internal competition, where teams raced against each other to make ideas work. To become an advertising powerhouse like Facebook Inc., the internal barriers are starting to come down.

The seven main business units of China’s largest company are working to synchronize data and study a billion plus users to deliver precision and predictive ads, according to Lau Seng Yee, the executive tasked with leading the charge. That’s counter-intuitive for a company where ideas are generated from the bottom up, and divisions spanning games and video streaming to finance are encouraged to jockey against each other.

Tencent is counting on its user data—from the music people play, the news they read and the places they go —to deliver targeted commercials and capture a bigger share of China’s 350 billion yuan ($53 billion) online advertising market. Success in games and social media has meant the company hasn’t had to rely on ads, a business that generates just 17% of its revenue compared with 97% for Facebook.

“The outside world knows our core DNA is internal competition, but it needs to be healthy,” said Lau, who took over the newly created advertising role in March. ‘We spend a lot of time resolving our silos, torching our teams, and integrating the so-called strength of team.”

The fierceness of competition is exemplified by the fact that Tencent’s businesses actually vie with each other, with its WeChat and QQ social networking services having close to a billion users each. Its operations aren’t even all located in the same cities, with much of the WeChat team and its boss in Guangzhou, the online news business predominantly in Beijing while a big chunk of Lau’s team is in Shanghai. Tencent itself is based in Shenzhen.

Tencent’s ad revenue could more than double to $11.4 billion by 2019, according to researcher eMarketer. The company is estimated to increase its market share in China’s digital ad space to 15% from about 9%, eMarketer said.

“If you think about why advertisers like Facebook’s social ads, it’s because the data it has on users enables more precise targeting,” said Alex Yao, a Hong Kong-based analyst at JPMorgan Chase & Co. “Tencent has more abundant data on users than Facebook does.”

Social advertising, which relies on information from a user’s network, is still a nascent business in China. The model that drives Facebook only accounts for about 10% of mainland digital marketing with e-commerce and search ads still taking the lion’s share. Lau expects that to change. “Social advertising can play a larger role,” said Lau. “In China, we are kind of pioneering the categories” of that.

Lau, a graduate of Rutgers University, has been with Tencent since 2006. Before taking on the advertising role, he built the media business into a giant with content including news, entertainment, sport and video on demand.

In that time, the company’s WeChat became practically ubiquitous in China, although Tencent still remains largely non-existent outside the mainland, especially in the US and Europe.

To Lau, building the advertising business requires a delicate balance between monetizing assets and avoiding pushback from consumers already suspicious of handing over too much private information.

Take Facebook. Seeking to boost revenue, it’s ramped up ad impressions served to users, with an increase of about 50% last year. But the ad load was such that executives of the US company have warned investors they can’t keep up that pace without driving people away.

So Tencent’s chosen to exercise restraint, usually showing just one ad per day on WeChat’s “Moments”, a function similar to Facebook’s news feed, capping inventory by intention. That’s why it earns just $2.10 per daily active user on WeChat, versus Facebook’s $30.10, Morgan Stanley estimates.

The Chinese company can afford to take a gradual approach because the online gaming division is buying it time. More than 40% of revenue comes from the business and breakout hit Honour of Kings was the top grossing title in China’s iOS store for a year, fueling the strongest quarterly revenue growth in seven years. The company’s two new first-person shooter games have each amassed more than 20 million players within weeks.

“Seriously, we are all users of WeChat, you don’t want to be overloaded with unnecessary information,” said Lau. “I’m not saying we are not in a hurry. I think we are in a hurry to try to make sure that we understand our users well.”

To do that, it’s enlisted an army of more than 250 computer scientists to expand in artificial intelligence, focusing on natural language processing, image recognition and user behaviour prediction. That investment is showing up in some areas: Tencent worked with BMW to target high-end users based on their friends and location logs, sending them WeChat ads through which they could book test drives. The end game is converting ads into purchases, which is why the company’s exploring also hotels, dining and property, Lau said.

With its frenzied growth, Tencent has hired at a rapid rate and the average age of employees is 29. That’s why making sure the teams align has become ever more important.

“When the ultimate goal is to win, there are times where people just go all the way to win,” said Lau. “Management is trying to figure out how do we make sure we can encourage the tasks of building trust.”