The week in social media| Chatter 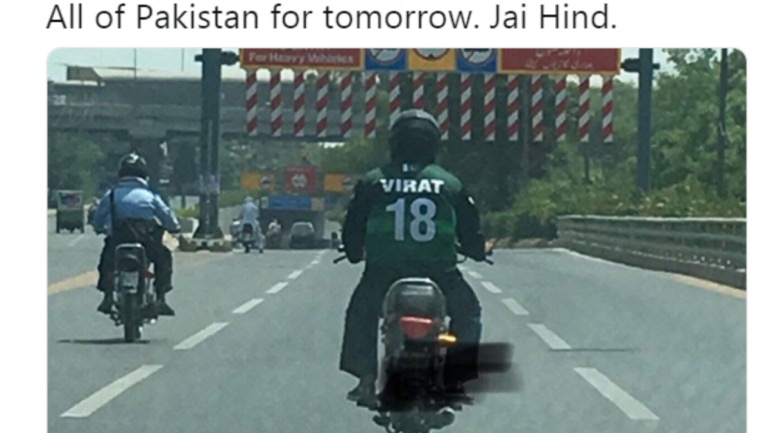 The first day of the first session of Parliament saw the swearing-in of MPs, but Rahul Gandhi only showed up at four in the afternoon. Perhaps he wanted to avoid the love-in for the prime minister, the chants of Modi, Modi’ resounding through the hall. Predictably, Pragya Thakur’s induction met with protests. She took her oath in Sanskrit and appended to her name both the title of Sadhvi’ and the name of her guru, causing considerable confusion and prompting a reminder that she could swear only upon God or the Constitution. It took three attempts to quieten the protests. The hashtag #Ashamed trended on Indian Twitter, with many users claiming that seeing Sadhvi Pragya take her seat in Parliament made them feel ashamed. This, in turn, caused a lot of pious harrumphing from BJP supporters. Feeling shame and anger at the sight of a woman still fighting terror charges in court becoming a parliamentarian, they argued, amounted to disrespecting democracy and the choice of the people. It’s specious nonsense. As citizens in a democracy, we must respect the right of all voters to have a choice. But why should anyone respect the choice itself? Lots of awful, even villainous, people have won elections. And even if not awful or villainous, one can profoundly disagree with the election of an MP on ideological grounds or otherwise. These dissenters are not advocating overthrowing the government; they know they will have to tolerate the parliamentary presence of those whom they find unpalatable. But, surely, they can voice their resentment and disgust. That’s democracy to borrow the phrase right-wingers trot out so smugly whenever anyone expresses despair over the election result. Who Let the Cats Out

Pakistan’s cricketers embarrassed themselves before an audience of millions against their arch-rivals. Perhaps in a sympathetic attempt to take the public glare off Sarfaraz Ahmed and Co., Shaukat Yousafzai, information minister of Khyber Pakhtunkhwa province, also embarrassed himself in comic fashion on a public platform, inspiring laughter and mockery. Someone on Yousafzai’s social media team managed to turn on a cat filter while recording a video so that the honourable minister and his colleagues conducted their serious press conference while sporting pink ears and sweetly cartoonish whiskers. To be fair to Yousafzai, he took it well. I wasn’t the only one, he said, pointing to the two officials sitting beside him. It shouldn’t be taken so seriously, he added through gritted teeth. No doubt there’s a social media coordinator in Peshawar looking for work. 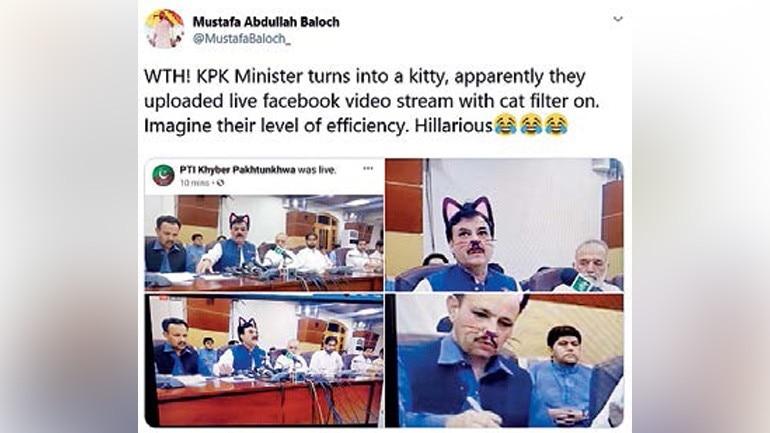