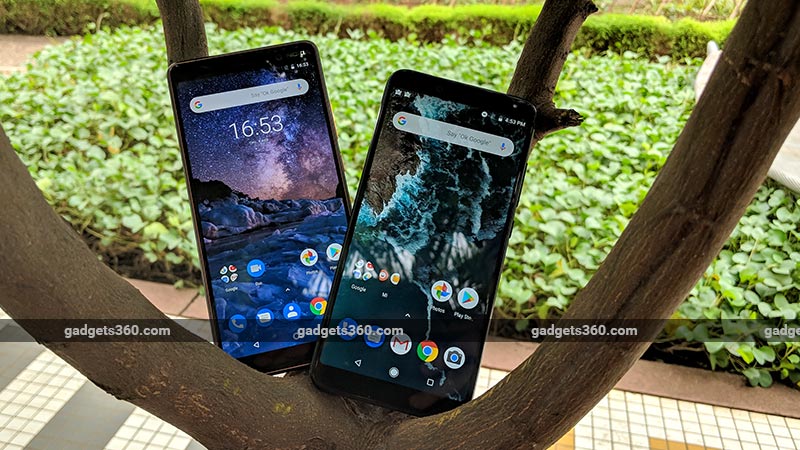 Until some time ago, if you wanted to experience stock Android, you had to buy a Nexus or a Pixel device. Things changed with the introduction of the updated Android One programme, starting with the Xiaomi Mi A1 (Review), the first smartphone under this initiative in India. Priced at Rs. 14,999, you got decent hardware, including a Qualcomm Snapdragon 625 processor, 4GB of RAM, and 64GB of storage, along with stock Android and the promise of regular updates. If you wanted more power than that but still weren’t willing to upgrade all the way to a Google Pixel device, you didn’t really have a choice. That’s the gap in the market that HMD Global filled when it launched the Nokia 7 Plus (Review) under the Android One programme this year.

When we reviewed the Nokia 7 Plus, we were happy with what it offered. It felt like a Nexus device in the mid-range segment. It also didn’t really have much competition. Now, Xiaomi has launched a successor to its Mi A1 smartphone with similar hardware to the Nokia 7 Plus. The new Mi A2 also has a Snapdragon 660 processor, 4GB of RAM, and 64GB of internal storage. What makes the Xiaomi Mi A2 (Review) interesting is its price. At Rs. 16,999 it undercuts the Nokia 7 Plus by a massive Rs. 9,000 margin. But has Xiaomi cut corners to achieve price, or is it simply better value for money? We compared the Nokia 7 Plus and Xiaomi Mi A2 head-to-head to find out which one offers the best bang for your buck.

Xiaomi Mi A2 vs Nokia 7 Plus design

Looks are entirely subjective, but there are a quite a few similarities in the construction of these smartphones. Both have metal unibodies with dual cameras at the back and both feel premium in the hand. HMD Global has given the back of the Nokia 7 Plus a ceramic coating for a smooth finish while hiding the antenna lines. We found the Xiaomi Mi A2 to be slippery, while the Nokia 7 Plus was fairly easy to handle. Both phones comes with cases in their boxes, which can be used to keep them safe. The Nokia 7 Plus is available in two colour variants while the Mi A2 gives you four options to choose from.

Button placement is identical on the two phones. The power buttons are easy to reach but you may need to stretch a bit to get to the volume buttons. Both these phones have a USB Type-C port at the bottom along with a loudspeaker and the primary microphone. At the top, the Nokia 7 Plus has a 3.5mm headphone jack which the Mi A2 lacks, but it does have an IR emitter. You get a USB Type-C to 3.5mm headphone jack dongle along with the Mi A2, which you will need if you want use your existing headphones. The Nokia 7 Plus comes with headphones in the box, while the Mi A2 doesn’t. 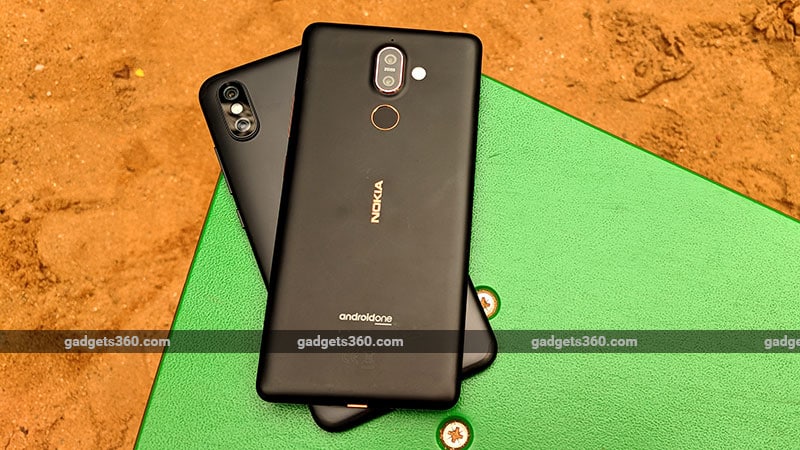 Both these phones have vertical dual camera setups at the back, but the one on the Mi A2 juts out quite a bit. The Nokia 7 Plus is also slightly heavier than the Mi A2. If we have to pick between the two purely based on design, we would pick the Nokia 7 Plus. It feels better built, and has copper design accents that make it stand out. The Xiaomi Mi A2 looks a lot like the Xiaomi Redmi Note 5 Pro.

Xiaomi Mi A2 vs Nokia 7 Plus specifications and software

When you take a look at the spec sheets of these phones, you will see a lot of similarities. Both are powered by Qualcomm’s Snapdragon 660 processor, and both have 4GB of RAM as well as 64GB of internal storage. One advantage that the Nokia 7 Plus pulls over the Mi A2 is that it has a hybrid dual-SIM tray which lets you expand storage by up to 256GB, while the Mi A2 has non-expandable storage.

Both phones have full-HD+ displays with 18:9 aspect ratios. The Nokia 7 Plus has Gorilla Glass 3 for protection, while the Xiaomi Mi A2 has Gorilla Glass 5. We preferred the quality of the 7 Plus’s display which had better colours and was brighter compared to that of the Mi A2. Both phones also have two SIM slots and support 4G as well as VoLTE on both.

You get support for Bluetooth 5, Wi-Fi 802.11ac, GPS, A-GPS, and GLONASS. The Nokia 7 Plus also has NFC, and the Mi A2 boasts of its IR emitter. The battery capacities are different on these devices – the Nokia 7 Plus has a 3800mAh battery while the Mi A2 has a smaller 3000mAh battery. We observed that the Nokia 7 Plus takes the same time to charge as the Mi A2 despite this, thanks to the supplied fast charger. The Mi A2 boasts of Quick Charge 4+ technology but the bundled charger isn’t compatible and you’ll need to supply your own to take advantage of this feature.

As both these smartphones are a part of the Android One programme, both run on Android 8.1 Oreo with the August security patch at the time of writing this article. There are very few customisations and apps installed on both these phones, but we found that the Nokia had more usable gesture features. You can expect timely software updates with both these devices. HMD Global should be quicker to roll out Android P for the Nokia 7 Plus, since this phone is already part of the Android P Beta programme.

Xiaomi Mi A2 vs Nokia 7 Plus performance and battery life

With both these devices running identical hardware, we were not surprised to see that they scored similarly in our tests. The Mi A2 scored 133,467 in AnTuTu, while the Nokia 7 Plus scored 137,573. In Geekbench 4’s single-core and multi-core tests, the A2 scored 1,645 and 4,840 respectively, while the 7 Plus scored 1,590 and 5,780 respectively. These phones exhibit virtually identical performance while scrolling through the UI and multitasking.

Both phones have fingerprint scanners at the back that are easy to reach, and both are equally quick to unlock. The Nokia has the bigger battery and better battery life. In our HD video loop test, the 7 Plus went on for 13 hours and 31 minutes, while the Mi A2 could only do 8 hours and 13 minutes. Even with ordinary usage, the Nokia 7 Plus offered better battery life. Charging is quick on the Nokia 7 Plus thanks to the supplied fast charger, while the Mi A2 only gets a 10W charger.

Xiaomi Mi A2 vs Nokia 7 Plus cameras

Both of these smartphones have dual camera setups at the back, but have different configurations. The Nokia 7 Plus has a 12-megapixel primary camera with 1.4 micron pixels and a 13-megapixel secondary sensor with a telephoto lens. The Xiaomi Mi A2 has a 12-megapixel primary sensor with 1.25 micron pixels and a 20-megapixel secondary sensor with pixel binning technology. Xiaomi and HMD Global have both tweaked their respective camera apps to offer different features and settings. Both phones have a Pro mode that lets you control different parameters before shooting, and the Mi A2 also lets you choose which lens you want to shoot from. The 7 Plus has ZEISS optics at the front and the back.

When shooting outdoors in bright light we found that the Nokia 7 Plus managed metering and colours better than the Mi A2, resulting in better images. Zoom in to an image and you will notice that the 7 Plus captures better details as well. When shooting with Auto HDR, the Mi A2 indicates when it is using HDR but the 7 Plus does not do that. 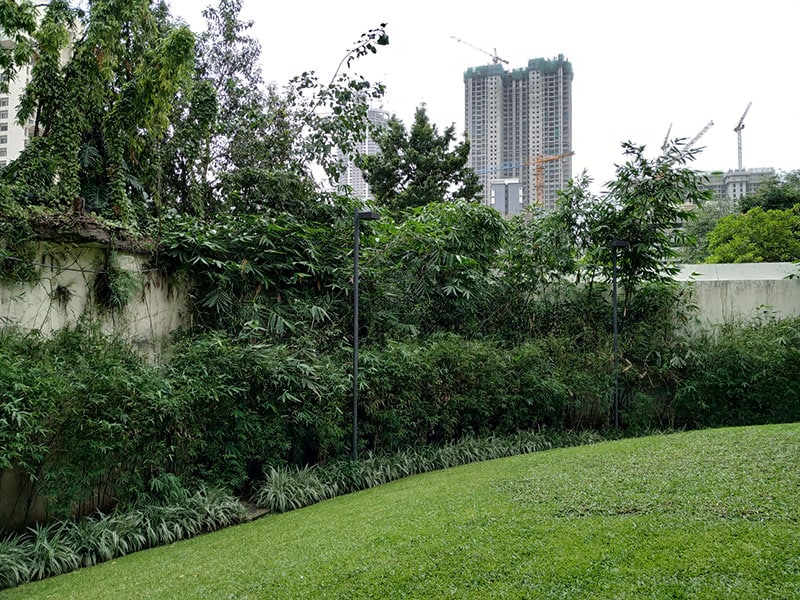 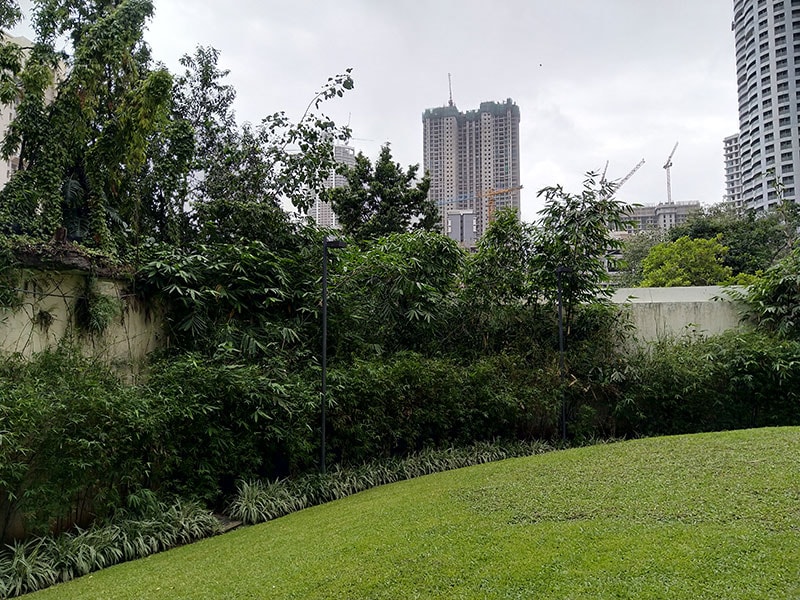 In macros, the Mi A2 can focus on small objects very well while the Nokia 7 Plus fails to get this right. The Mi A2 also managed to get better details in comparison. 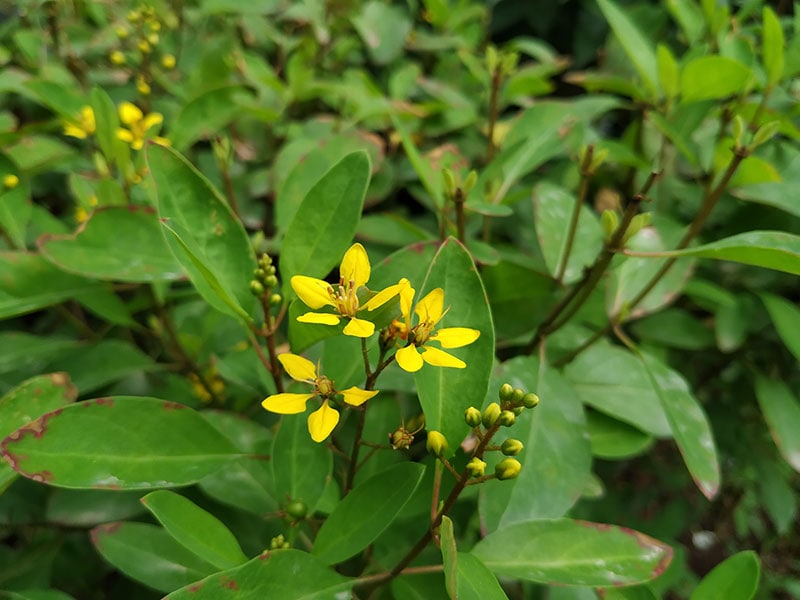 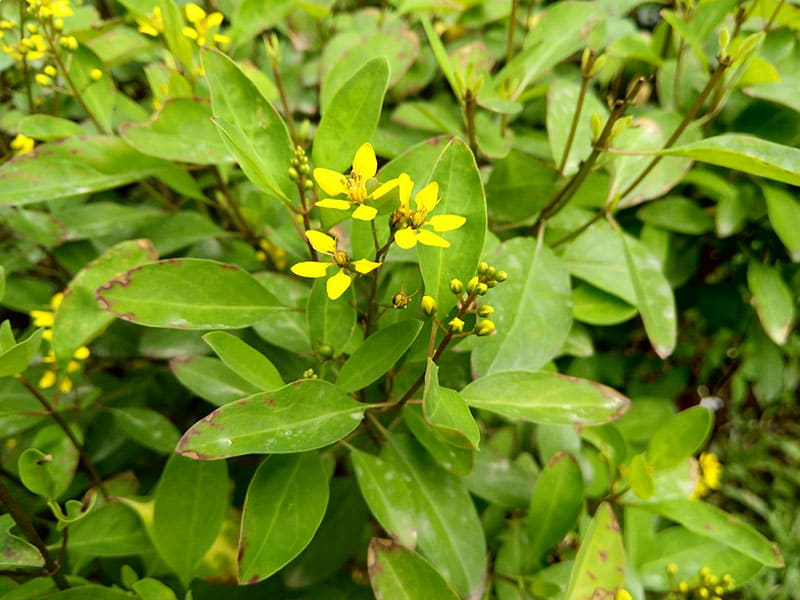 In low-light shots, it is the Nokia that comes on the top again with better details. Even objects at a distance appear sharper when photographed with the Nokia 7 Plus, while the Xiaomi Mi A2 falls slightly behind. 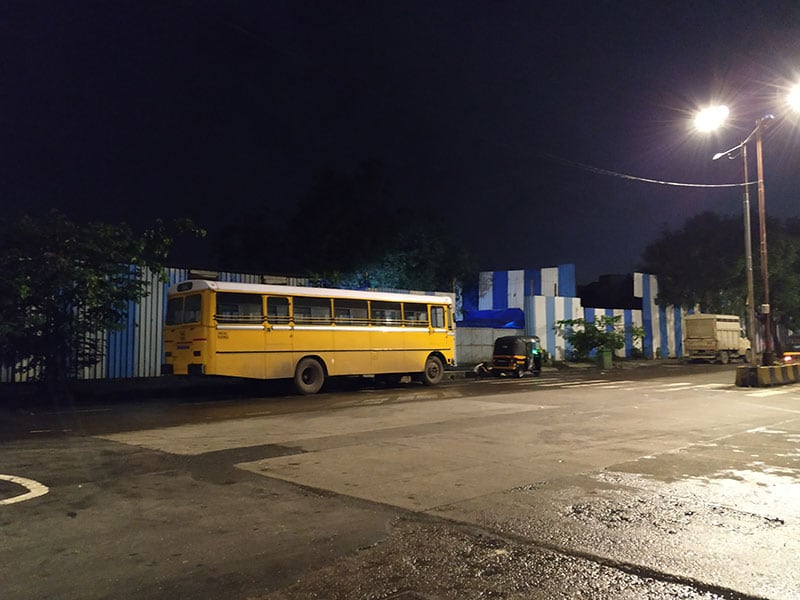 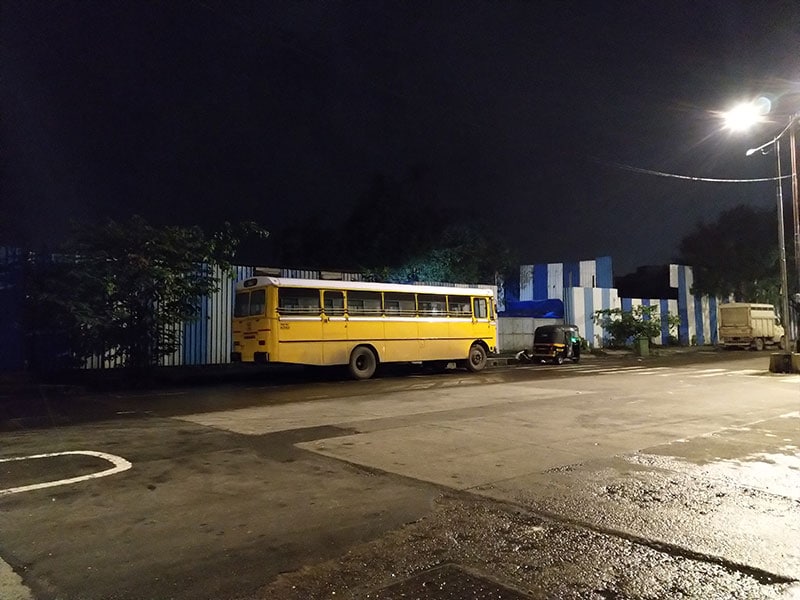 When shooting portraits, the Nokia 7 Plus switches to its telephoto lens and uses the primary camera for depth. It manages good edge detection and a good bokeh effect in the output. You will need to get quite close to the subject when shooting a portrait with the Mi A2. The output is also good and well detailed.

Selfies are better on the Nokia 7 Plus, with comparatively better colour reproduction than the Mi A2 can manage. The Mi A2, however, has a selfie fill light that helps in low-light. Both phones max out at 4K for video recording and has EIS when shooting at 1080p. The Mi A2 also has the ability to shoot at 60fps at 1080p, while the Nokia 7 Plus can only do 30fps. The quality of video is similar but we liked the audio that the 7 Plus records, as it uses three microphones with Nokia OZO audio enhancement.

Verdict
The Nokia 7 Plus (Review) is better equipped than the Xiaomi Mi A2 (Review). It has a 3.5mm headphone jack, bundled quick charger, and expandable storage. Barring macros, the camera is better and so is the battery life, compared to the Xiaomi Mi A2. The major advantage that the Mi A2 has is its pricing. Xiaomi has managed to price it super aggressively at Rs. 16,999 which is excellent value for money.

Yes, the Nokia 7 Plus is better than the Mi A2 overall, but it isn’t worth the Rs. 9,000 premium, making it very hard to recommend if all you are looking is the most bang for your buck. If you have to pick between the two, you could buy the Mi A2 along with a Quick Charge 4+ charger, and a power bank and still spend a lot less. You will be happy with the device and the money you have saved.

Is Xiaomi Mi A2 the best Android One smartphone in India? We discussed this on Orbital, our weekly technology podcast, which you can subscribe to via Apple Podcasts or RSS, download the episode, or just hit the play button below.

Read detailed Xiaomi Mi A2 review
Also See
[“Source-gadgets.ndtv”]
7 A2 Bang Best Buck? for Mi Nokia Offers One Plus The vs Which Xiaomi Your 2018-08-20
Loknath Das
to in With for and of on India The Launched at Samsung Launch A iPhone Android Galaxy More Apple Rs New Be 7 Price Google