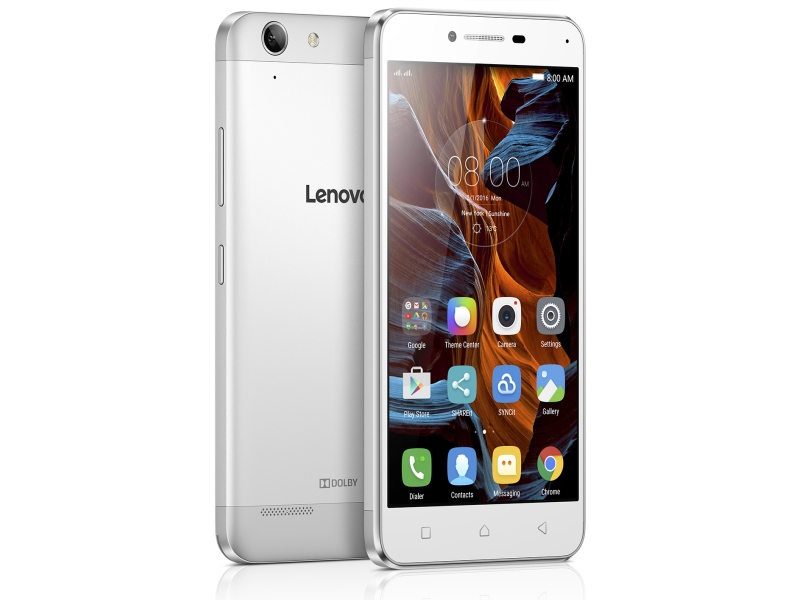 The Lenovo Vibe K5 Plus was launched alongside the Lenovo Vibe K5 in Barcelona. The only difference between the two smartphones is in the display resolution and SoC. They run Android 5.1 Lollipop out-of-the-box. The highlight of the smartphones are their Dolby Atmos-enabled stereo speakers and aluminium casing.

The dual-SIM (Micro-SIM cards) Lenovo Vibe K5 Plus comes with 4G LTE connectivity. It will be available in Silver, Grey, and Gold colour options in India. The smartphone bears a 5-inch IPS LCD full-HD display (1080×1920 pixels), and is powered by a 64-bit Qualcomm Snapdragon 616 octa-core SoC, coupled with Adreno 405 GPU and 2GB of RAM. It also houses a 13-megapixel rear camera with LED flash, and a 5-megapixel front-facing fixed focus camera.

Other connectivity options supported by the Lenovo Vibe K5 Plus include Wi-Fi 802.11 b/g/n, Bluetooth 4.1, A-GPS, FM radio, and Micro-USB 2.0 connectivity options. The smartphone is backed by a 2750mAh battery that’s rated to deliver up to 15.1 hours of talk time on 3G, and up to 292 hours of standby time on 4G. It measures 142x71x8.2mm, and weighs in at 150 grams. Bearing 16GB of built-in storage, the smartphone also features expandable storage support via microSD card (up to 128GB).