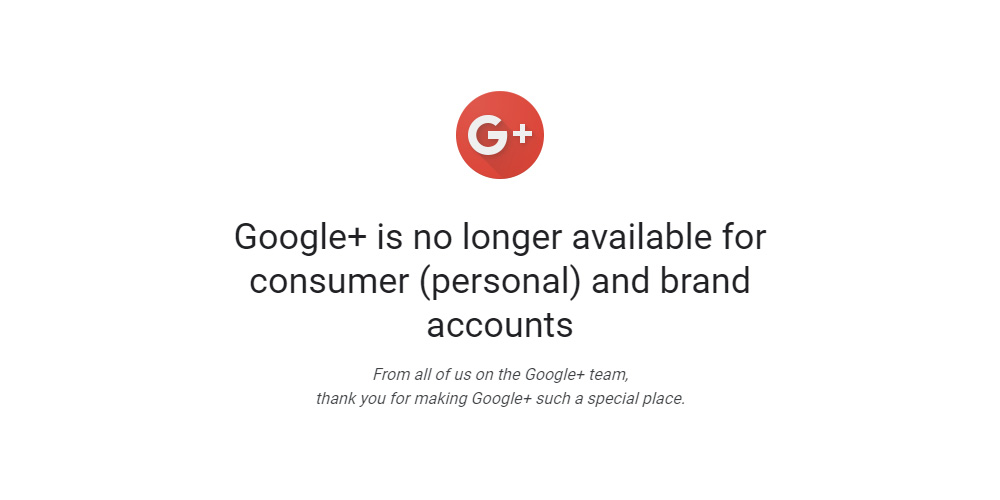 It’s official. About eight years after it’s debut, Google has officially pulled the plug on its social network, Google+.

We’ve known for quite some time that today would mark the end of Google+, and mid-day on April 2nd, the company pulled the plug on the network’s consumer version. If you head over to plus.google.com right now, you’ll no longer be greeted with a feed of user posts, but rather a post-mortem explaining what happened to the site and the content hosted on it.

Google makes it clear on this page that the G+ shutdown doesn’t affect other services from the company such as Gmail, Google Photos, Drive, or YouTube. Apparently, there’s been some confusion about that for some users, but this landing page should make things pretty clear.

Further, Google explains that users can still download their content from the platform. The process of deleting user content is going to take some time, so if you’ve not done so already, it’s probably a good idea to get that data downloaded

Accounts as Consumer Dead Google is Officially on plug Pulls RIP: The 2019-09-11
Loknath Das
to in With for and of on India The Launched at Samsung Launch A iPhone Android Galaxy More Apple New Rs Be 7 Price Google