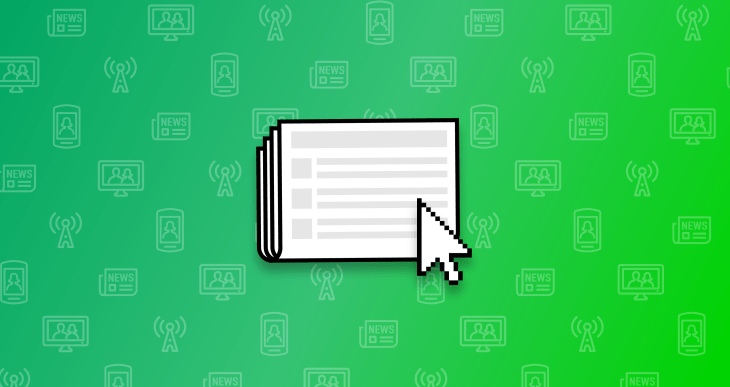 Where does tech end and media begin? It can be hard to find the dividing line, particularly as tech companies move into the media business, and as big Hollywood blockbusters are increasingly created on computers.

So even though TechCrunch’s Disrupt SF event (happening next week!!) is ostensibly a tech conference, we’ll have plenty of big names from the worlds of media and entertainment onstage to discuss the changing landscape.

On day one, those names include Joseph Gordon Levitt, who you may know as an actor in films like “Inception” and “500 Days of Summer,” but who also founded the creative collaboration platform HitRecord, which raised a $6.4 million Series A earlier this year.

We’ll also be joined by actor Will Smith and director Ang Lee to discuss their new movie “Gemini Man,” in which Lee utilized cutting-edge computer effects to create a younger version of his star.

From the tech industry, we’ll have Neal Mohan, chief product officer at YouTube, who can discuss the video platform’s ongoing challenges, and how YouTube can balance its commitment to openness with growing pressure to battle hate speech and misinformation.

And while 5G will probably the main focus of our interview with Verizon CEO Hans Vestberg and Verizon Media CEO Guru Gowrappan, we here at TechCrunch (which is owned by Verizon Media) are certainly interested in hearing about the company’s digital media plans.

Meanwhile, if you’re more interested in the nitty gritty of developing a media strategy, we’ll have a panel on that very subject on our Extra Crunch stage, with speakers including MakeLoveNotPorn’s Cindy Gallop and Brooke Hammerling of Brew PR.

Then on day two, we’ll turn our attention to one of the fastest-growing media categories, esports. 100 Thieves is a big player in this space — combining streaming content, competitive esports and apparel — and we’ll talk to the company’s founder Matthew “Nadeshot” Haag (a pro gamer himself), along with co-owner Scooter Braun (who also manages Justin Bieber and Arianna Grande).

Our Extra Crunch programming on that day will also include a session that’s all about future of digital media, which will be sponsored by publisher engagement company Spot.im.

Finally, on day three, we’ll be joined by YouTube star and “Queen of Shitty Robots” Simone Giertz. While the conversation will likely focus on her latest robotic and hardware creations (including her crowdfunded Every Day Calendar), Giertz is a remarkable case study in how someone can build an enormous following and business on digital media platforms.

We’ll also have an Extra Crunch session about brand-building — Brooke Hammerling will be sharing more of her knowledge, and she’ll be joined by Bumble VP of Marketing Chelsea Cain Maclin and Character co-founder/creative director Ben Pham.

Disrupt SF will take place from October 2 to 4 at San Francisco’s Moscone Center. Browse the full agenda and buy your tickets.