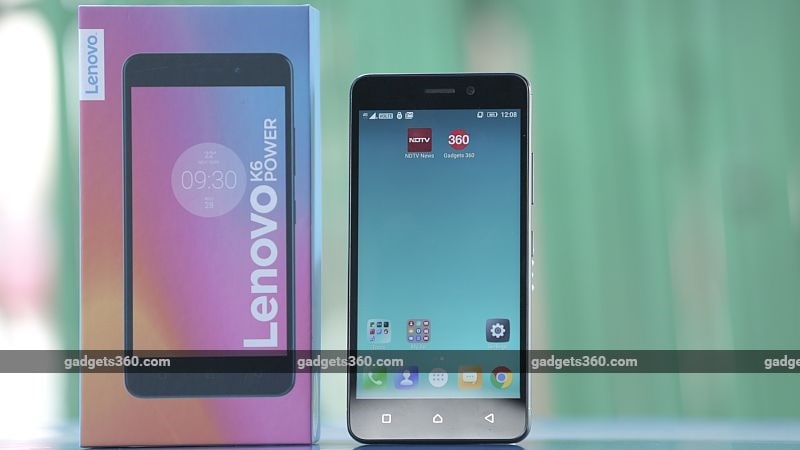 Lenovo India on Tuesday announced the launch of a new variant of the K6 Power smartphone in India. Sporting 4GB of RAM, its price tag bears a Rs. 1,000 premium over the 3GB of RAM variant that was launched in India back in November. Lenovo has priced it at Rs. 10,999, and says it will be available alongside the 3GB of RAM variant from 12pm IST, January 31 on Flipkart.

The Lenovo K6 Power (Review) was launched at IFA 2016 alongside the Lenovo K6 and Lenovo K6 Note. It was unveiled in two variants at that point – 2GB RAM + 16GB storage and 3GB RAM + 32GB storage. The company launched the latter variant in India in November, but now it has introduced a new 4GB RAM + 32GB storage SKU for India.
The highlight of the Lenovo K6 Power is its battery, as its name implies. It sports a large 4000mAh battery that’s rated to deliver up to 96.5 hours of music playback, 13.6 hours of video playback, 48 hours of voice calls, 12.6 hours of Web surfing, and 649 hours of standby time. Besides the Ultimate Powersaver mode, the smartphone sports a reverse charge option, allowing it to be used as a power bank. It also features Dolby Atmos audio enhancements for earphones and stereo speakers, TheaterMax media-consumption service, and a fingerprint sensor that’s located on the rear panel.

The dual-SIM (Nano-SIM) Lenovo K6 Power runs on Android 6.0 Marshmallow with the company’s own Vibe Pure UI skin on top.

The Lenovo K6 Power’s built-in storage is expandable via microSD card (up to 128GB). Connectivity options on the smartphone include 4G LTE, VoLTE, Wi-Fi 802.11 b/g/n, Bluetooth 4.2, FM radio, Micro-USB, and GPS/ A-GPS. It measures 141.9×70.3×9.3mm and weighs in at 145 grams. The smartphone bears an accelerometer, gyroscope, proximity sensor, and digital compass.