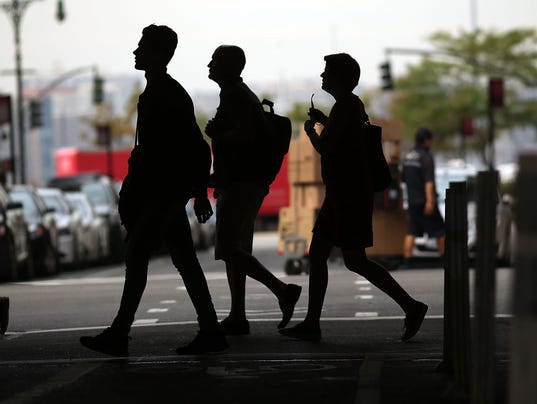 Many Americans are downright lazy. And it’s making us fat.

That’s among the findings of a study by Stanford University researchers using step-counters installed in most smartphones to track the walking activity of about 700,000 people in 46 countries around the world.

Scott Delp, a professor of bioengineering who co-led the research, told the BBC the “study is 1,000 times larger than any previous study on human movement.”

The least lazy, according to the study published in the journal Nature, are the Chinese, particularly those in Hong Kong, where people averaged 6,880 a steps a day.

The worst nation was nearby Indonesia, where people walked nearly half as much, averaging 3,513 steps a day. The worldwide average is 4,961 steps, with Americans averaging 4,774. (See chart below for full results of the survey.)

Does that mean Indonesians are much more likely to be obese than Americans? No, the researchers say. The key is the variation in the amount of walking.

Among those latter countries is the United States, where “activity inequality” ranks Americans fourth from the bottom overall.

“If you think about some people in a country as ‘activity rich’ and others as ‘activity poor,’ the size of the gap between them is a strong indicator of obesity levels in that society,” Delp told the Stanford news site.

Tim Althoff, who worked on the study, pointed to Sweden, with an average of 5,863 steps, as having one of the smallest activity inequality gaps. “It also had one of the lowest rates of obesity,” he said.

Jennifer Hicks, another researcher in the study, told the Stanford news site that they examined three California cities located close to one another – San Francisco, San Jose and Fremont. They found San Francisco held both the highest walkability score and the lowest level of activity inequality.

“In cities that are more walkable, everyone tends to take more daily steps, whether male or female, young or old, healthy weight or obese,” Hicks said. 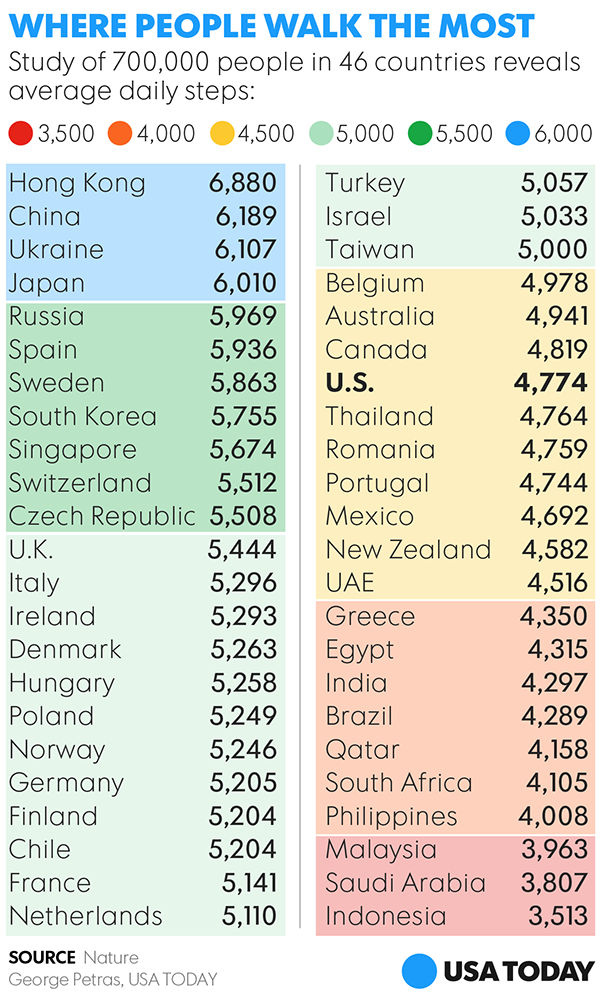 [“Source-usatoday”]
and Countries Fat is Its laziest Making of One The U.S. US world's — 2017-07-13
Loknath Das
to in With for and of on India The Launched at Samsung Launch A iPhone Android Galaxy More Apple Rs New Be 7 Price Google